Home Travel Buenos Aires In the middle of the square, a church

We are talking about two temples with a special feature that little, to say nothing, you will find in Argentina. 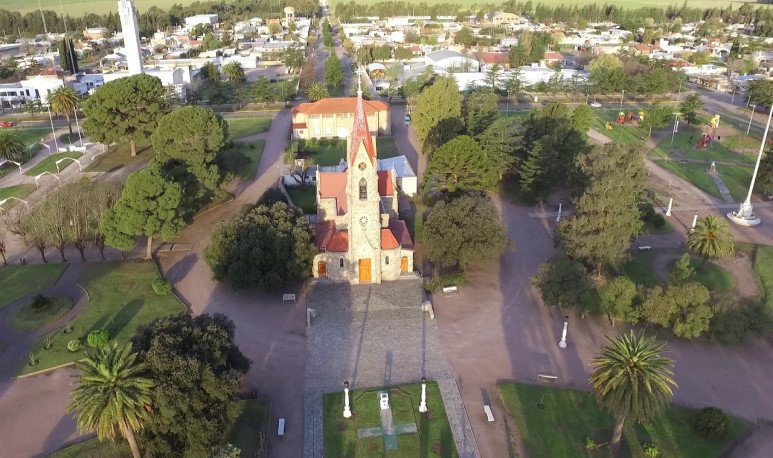 Dawns, and the dew moistens the flowers on both sides of the temple and the square, imbued with its sweet aromas, that lives in the places that we are going to tell you. In most cities in the country the church is located opposite the square, however, in the province of Buenos Aires there are two exceptions, since they were built in the middle of them.

Located in the Plaza  Constitución , the church began to be built in 1860 and was inaugurated twelve years later. Italian city of Novara.

Inside is the image of Our Lady of Socorro, declared Patroness of the city of San Pedro in 1763 and whose annual feast takes place on September 8. She has the Child Jesus in her arms and is sitting on a wooden chair that has carved silver ornaments. She was brought from Oruro, Bolivia, by the Brother of the Franciscan Order Fray Alonso del Pozo in 1760, on the express condition that she became Patroness of the new Church. 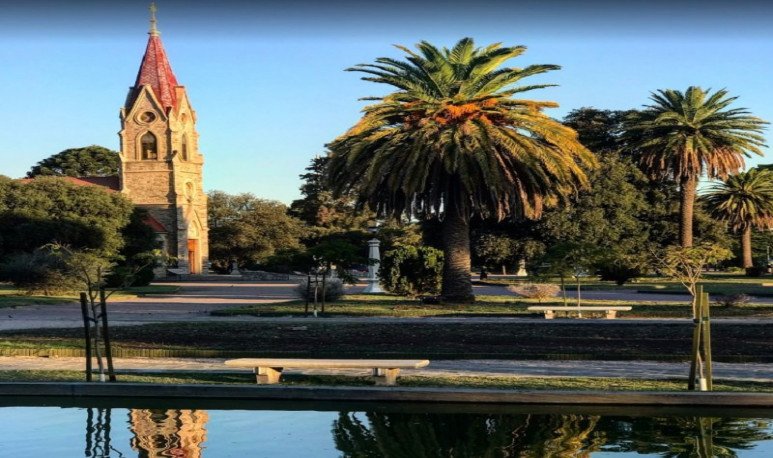 It was the Tornquist family who donated the land for the square and hired the famous French designer Carlos Thays to make it happen. The four-block property became a magnificent European-style park. Thays himself proposed to the Tornquist to plant the temple there looking at the train station.

Built, in Neo-Gothic style, with stones from the Sierra de Ventana, it was inaugurated in April 1907 in the presence of the President of the Nation, Julio Argentino Roca, the Tornquist family and the population.

But the creative flight of the square did not stay there. In 1921 an artificial lake was built that is the pride of Tornquistenses. And here is a discrepancy regarding its creation, some say that it was to beautify the property and others claim that it was implemented to refer the electric generator motors that they had installed in the village.