Framed in an incredible setting, the Casa del Puente, work by Amancio Williams, is an emblem of 20th century architecture. 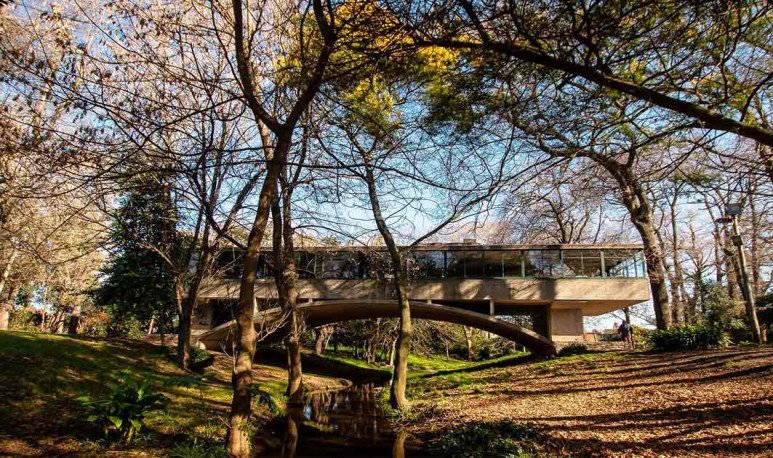 Mar del Plata  is much more than beaches, rambla and casino. It is a beautiful city, full of interesting places to know that most people overlook. For example, have you ever heard about the House of the Bridge?

Casa sobre el Arroyo, also known as Casa del Puente, is a work by the architect Amancio Williams. Framed in an incredible setting, it is an emblem of 20th century architecture: it is one of the twenty most important houses in the world in modern architecture. The complex has Patrimonial, Cultural and Natural Interest and is a National Artistic Historical Monument.

It is located in the residential neighborhood Pinos de Anchorena, in Mar del Plata (Buenos Aires), on a two-hectare estate crossed by Las Chacras stream. Its author is Amancio Williams, executor of the first part of Casa Curutchet de La Plata. Together with his wife, Delfina Bunge, they designed this studio apartment of 274 square meters. It was built between 1943 and 1946 for the architect's parents.

The natural environment that frames the house has more than 200 trees and 51 species, among which European oak predominates. Amancio Williams wanted, then, to highlight this environment in its construction and adapted it to the landscape. He projected a house on a concrete arch that joins both sides of the stream two and a half meters high. With integrated geometric shapes (horizontal lines of the main body, the curvature of the bridge and terrace), glazed panels at the height of the treetops and two income on the arch supports. Inside, the rooms and rooms are open to a main gallery, reminiscent of the old porteñas chorizo houses.

Time passed and the house was uninhabited, lost between succession and abandonment. Finally, in 2012, it was acquired by the Municipality of General Pueyrredón and started a process of restoration and preservation. In 2013, converted into a museum, it opened its doors to the public.

The Seven Wonders of Cordoba

Night of the Museums: It happens in movies, passes in Córdoba

5 museums in Cordoba you can't miss

Abra del Acay: another of our records

What does the entrance to the Argentinian side Falls include?