The Provincial Hotel, designed by the architect Alejandro Bustillo, is one of the most emblematic buildings in Mar del Plata. 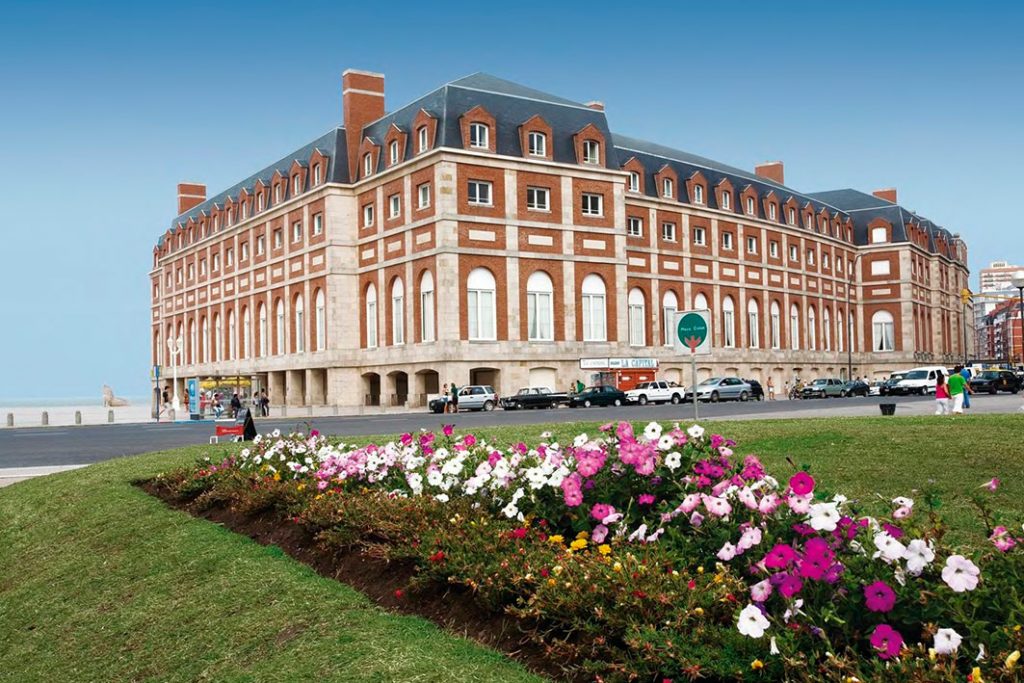 Mar del Plata has the charm of the beach mixed with the appeal of alarge city. Walking along its Rambla, at times, makes us travel through time; especially when we encounter one of its architectural wonders: the Provincial Hotel. Together with the Casino, they are the most emblematic buildings of La Feliz.

The Gran Hotel Provincial de Mar del Plata, located in front of Bristol Beach, sets up the most typicalpostcard of the city. The architect Alejandro Bustillo, famous for having also designed the Llao Llao Hotel in Bariloche and the headquarters of Banco Nación in front of Plaza de Mayo. It opened on February 18, 1950. Bustillo drew inspiration from Place Vendôme in Paris and Louis Xlll style.

Since its opening, the hotel was unique: for its architectural style and for the services it provided to its guests. The traditional Mar del Plata stone and exposed bricks cover its façade, and is surrounded by recesses that allow pedestrian traffic. It has a total of 77,500 square meters distributed over seven floors.

Paul Newman, Sofia Loren, the kings of Spain, Freddie Mercury and US President Dwight Eisenhower were some of his most famous guests, who visited it in its most splendour times. Years later, the decline came. Hotel Provincial was closed between 1998 and 2008. Rodents and bats took over the place, and much of its furniture was stolen, or deteriorated, as did its walls, floors, its ceilings.

The reopening brought a new era for the Hotel, which managed to regain the majesty of years ago. To walk around it is to breathe the story of Mar del Plata, and that of Argentina, too. A true icon of a city that is also an emblem for all Argentines.