Home Travel Buenos Aires Ernestina, a town where nothing ever happens

If you are going on a walk to Lobos, we recommend this half-day trip to Ernestina, a town where nothing happens. 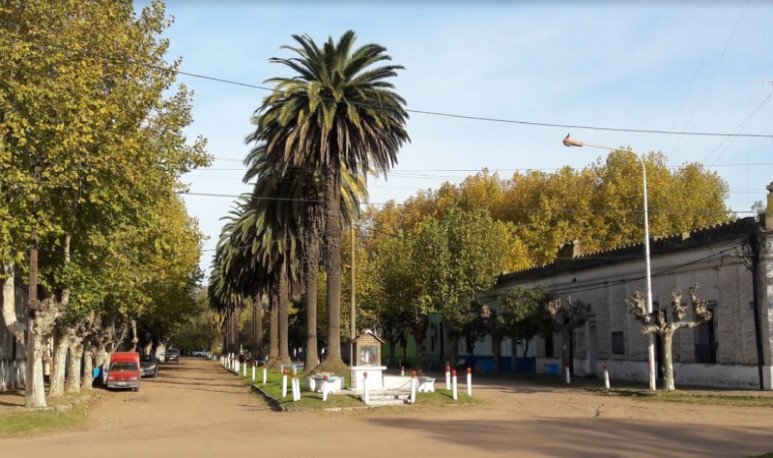 Ernestina is a hamlet one hour's drive from the center of Lobos. Upon arrival the old train station, today accrued to the headquarters of the authorities, welcomes the visitor. A majestic Boulevard proudly shows huge palm trees, with leafy bitter oranges. In the different blocks buildings of the nineteenth century realize what it once was. The village is almost uninhabited, the few remaining neighbors are mostly older adults. On Sundays they can be counted in the Chapel Our Lady of Lujan. A neo-Gothic temple with beautiful stained glass windows and a bronze plated ceiling. Ernestina knew how to have a theater, today the humidity due to the proximity to Laguna La Salada is destroying it.

Prince of Wales and then King of England Edward VIII, passed by train on his visit to our country in the first quarter of the last century. On the way to the estancia-castle Huetel de Concepción Unzué de Casares, which is located in the match of 25 de Mayo. The railway carrying him stopped at the station and the king who abdicated his throne for love, walked along the Boulevard before the amazed gaze of the neighbors.

The story of Ernestina

The Ernestina railway station was the first of the match on May 25. In 1852, their owner Henry Keen acquired these plots and turned them into a productive zone, engaging in rural tasks. The virgin lands were transformed into very fertile fields from the work of the plow and the iron will of the people who worked it. Enrique Agustín Keen, son of the former, continued with agricultural and livestock production. In 1896 he founded the village Ernestina, as a tribute to his wife, Ernestina Gándara Casares de Keen. Then came the railway to bring the grains to the port of Buenos Aires. The village grew thriving opened the College “Doctor Enrique A. Keen”, the theater run by the congregation of Hermanas, the Club, a hotel, tailoring, pharmacy, mail, warehouses, bars, hairdresser.

Today all this is past, so past that in Ernestina there are only colorful buildings holding it. The fall of the railway branch sentenced the hamlet, the railway was its connection with the world, today no buses arrive. Then the technification of agricultural activity ended with much of the work and the emigration of the inhabitants.

Club Atletico Ernestina, one of the two social establishments in the village, opens daily. The dusty pool table accounts for the parraquians who get there.

Today of the Keen is only the evocation of a powerful family that has kept a 10,000 hectare property for five generations. Until they said goodbye, they sold it and left. The station is where a police officer and a municipal delegate do not even come in town work.

The College of Nuns, as it is called, is abandoned. Nobody knows who the building is. The patio is imperceptible by the leaves that no one sweeps and some rusty games have already forgotten who use them.