Discover the mystery of the enchanted forest of Miramar

The summer villa of Miramar, in addition to having quiet beaches, has some secrets, including the mysterious Energy Forest, accredited by the strange phenomena perceived by visitors. 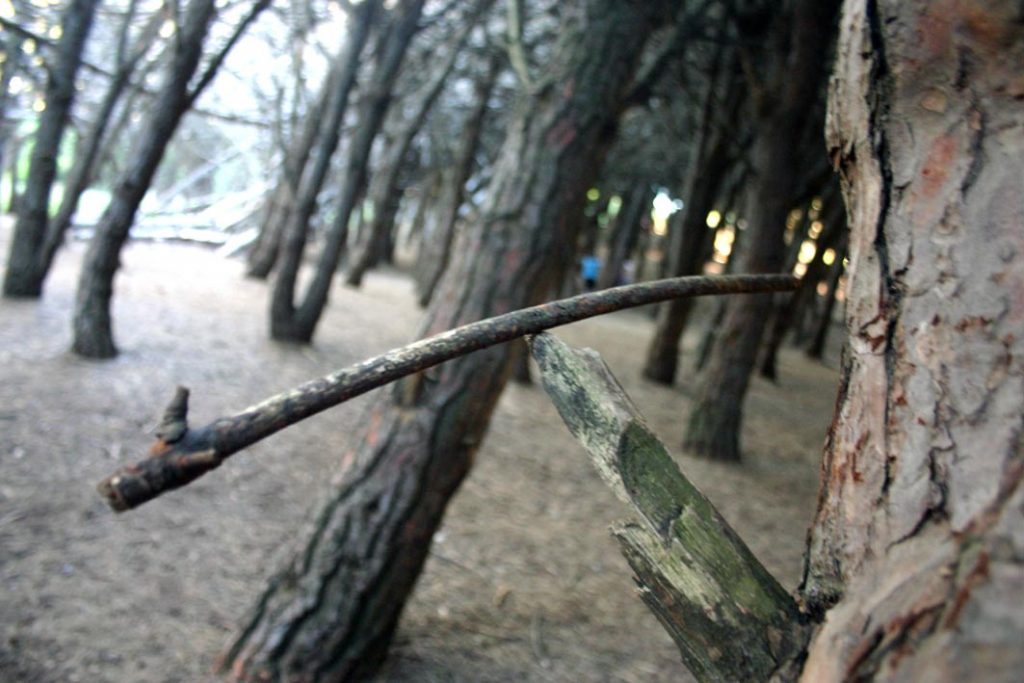 The Energy Forest is located just 4 kilometers from the city center and is accessed by Provincial Route 11 on the way to Mar del Sud. It is part of the forest of the Florentine Florentine Nursery which is a strip of 500 hectares, a kilometer and a half wide and almost 8 on the coast.

Afforestation, as usual in duneareas, was carried out with the aim of fixing them to prevent them from moving by the violence of coastal winds.

There is a sector of the reserve, socalled. It is an area where the vegetation is so thick that it prevents the passage of the sun's rays, thus creating a cool and humid environment impregnated with coniferous balm. Those who dared to get there experienced nourishing sensations for the soul.

The phenomena that follow each other in that place capture the interest of curious artists, psychics, and also members of the national scientific community. Stories of supernatural forces even caused NASAscientists to visit.

Through the different research, some theories have been established that are aimed at explaining the phenomena that follow each other. There are those who claim that there is a meteorite buried several tens of meters away. Others venture telluric flows, environmental ionization, quantum energy, Indian cemetery. Skeptics claim that it is a place where peace and clean air reigns.

Among the phenomena experienced by visitors, stories were heard indicating that battery-powered radios stopped working within the perimeter of the forest, but when they left they did so again. There are also those who were surprised to see fleeting little silhouettes wandering among the foliage, which they defined as goblins of the forest. Others are convinced that they have seen strange lights and contours in images taken by cameras or videos, which at the time of recording did not appear. There are those who are convinced that, as in the series “Dark Matter”, explain the existence of an interdimensional portal that links the forest with an evolved civilization.

For the unbelievers, locals invite to perform the next experiment that defy magnetic laws and even the gravity itself. The test consists of collecting a sprig of pine from the ground and placing it on top of another in shape to form a “T”, releasing it the balance takes hold of them and, like two magnets , they remain fixed without falling off.

Admission to the park is free and free, although a guided view is recommended. It lasts approximately one hour, on Saturdays and Sundays at 11:00 and 15:00, only by booking through the Facebookpage. The activity is suspended due to rain. It is recommended to wear comfortable clothes and slippers, as well as water and some cereal bars. At one of the stops there is a meditation next to the trees

The Energy Forest invites you to connect with sensations, to disconnect your mind and give yourself to nature.

Gesell: What makes her so famous?
Play and win, with “El Gran Argentino”
3 refreshing Tanti posts
Hotel de la Cañada, where the soul of the city lives
By boat or boat on three Cordoba lakes
Three key spas of the San Antonio River
A well corboese reservoir
The giants that inhabit Cordoba