The 90-hectare Criollo Park is on the northern border of San Antonio de Areco: together with the Ricardo Güiraldes Museum, it is the pride of the arequeros. 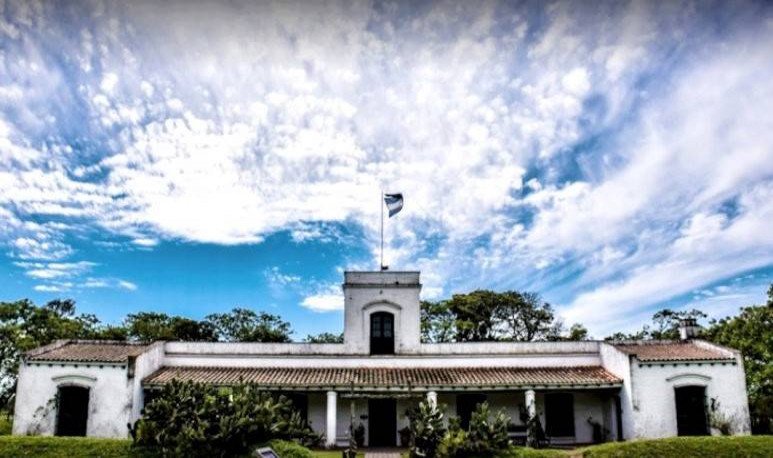 Ricardo Güiraldes is the name of one of the most prolific poets in Argentine Gauchesca literature: Ricardo Güiraldes. His most accredited work, Don Segundo Sombra, is inspired by the personality and lifestyle of Segundo Ramírez, a gaucho who worked on one of his family's farms: La Porteña. The museum tells the story of Ricardo's life and at the same time offers a window to Argentine traditions.

A coalition allows the construction of the museum

Ricardo Güiraldes died in 1927, at the age of 41. Nine years later, both to honor him and to safeguard Argentine traditions and plant local values, José Antonio Güiraldes, Ricardo's brother, organized an exhibition of traditional artifacts at the City Council of San Antonio de Areco.

The architect José Maria Bustillo, friend of José Antonio, was present at the exhibition on the day of its inauguration. Appreciated for his friend's act, Bustillo proposed the creation of a park to preserve the Argentine heritage. After the approval of its proposal by the Minister of Development, in 1937 the Criollo Park and the Ricardo Güiraldes Museum were built on a large area of land upstream of the Areco River. The style of the building in which the museum is located is Spanish colonial, referring to the old haciendas of the province.

The museum belonged to the province of Buenos Aires until the 1980s, when it was transferred to the Municipality of San Antonio de Areco.

A museum of Argentine heritage

La Blanqueada, an old pulperie (general bouquets shop and bar) and a small chapel, located at the entrance of the museum, next to the famous Camino Real, are over 200 years old. This road is a road that dates back to colonial times. It linked the ancient viceroyalties of Alto Peru and the Rio de la Plata.

About a hundred meters ahead there is a second Spanish-style building with a watchtower. In this property you will find the works, manuscripts and furniture of Güiraldes, as well as an incredible collection of art and historical objects. The contents of the museum give life to the history, traditions and culture of Argentina.

On the other side of the park, there is a third building, La Matera, which is used for events. Arequeros like to gather here for peñas, to dance traditional folk dances.

The park and its museum are considered so important in Argentina that they were named National Historical Monuments in 1999.

The Brand of “The Scythe”

“The Scythe” is the first trademark registered in  the “Register of Trademarks”  in 1822. It belonged to Don Francisco de Salas Videla and was introduced to the Rio de La Plata in 1589 by Don Juan de Garay. It is still used today to mark cattle in the Criollo Park.

The museum is saved from water damage

There were extreme weather conditions in San Antonio de Areco in December 2009. A terrible flood hit the city and many buildings along the banks of the river were damaged, including the  Ricardo Güiraldes Museum . Water rose more than a meter inside and old furniture and other items were damaged. After the damage suffered by the museum, a restoration and renovation program was implemented over a period of two years, after which the museum was reopened to tourists and locals.

The renovation also provided an opportunity to reorganize the museum's exhibitions. The collection is now distributed in several different rooms, each with a different name and theme, with paintings, a silver forge, biographies, agriculture, etc. There is more than enough to interest even the most fond of history.

Every year in November, the Criollo Park and the Ricardo Güiraldes Museum are the focal points of the Fiesta de la Tradition, the oldest gaucha festival in Argentina. This is a fantastic opportunity to enjoy traditional music and dancing and also to see amazing horse games and performances of the gauchos and their skills.

Mendoza is excited about summer

No one will be able to summit in Aconcagua

What to do in Cayastá

Rural path of faith in Pigue