Carmen de Patagones is located to the south of the province of Buenos Aires, so to the south that it is the southernmost city of that State. 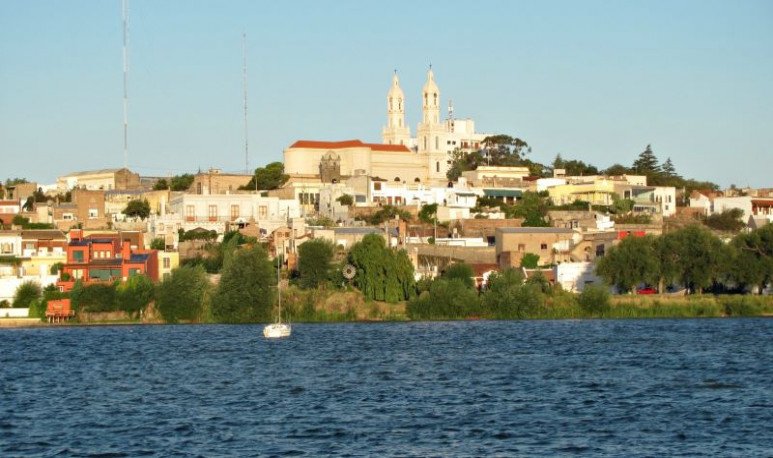 Carmen de Patagones   rises on the banks of the Black River, and as elsewhere in Argentina, it shares waters with another city, Viedma. So the story of both is in some points related.

The city looks at the river and due to the characteristics of the terrain its streets are sloping towards it. Walking through them you can feel the story running around. Above all, in what is the Historic Center or foundational of the place. On a tour of him we find his past.

Our Lady of Carmen Parish

The original chapel was erected in 1780, date in its altarpiece was enthroned the image of   Our Lady of Carmen   . When he found the villa, Francisco de Viedma, marked the lot for its location in front of what would be the main square. The current temple is from the beginning of the last century and impresses with its size, so it can be seen from the other shore.

The bells of its towers were donated by President Agustín P. Justo. In the 1950s the band of generala del Ejercito was placed in the image of the Virgen del Carmen. It rests on a marble altarpiece with two photographs of the Salesian Blessed   Ceferino Namuncura   and Artemides Zatti. Other walls are proudly shown the flag of the Brazilian squad taken as a trophy after the heroic battle of March 7, 1827, where an invasion of the then Brazilian Empire was repelled.

Its construction dates from 1780, was made by the Galician engineer José Peréz Brito who was also responsible for important fortifications in the   Oriental Band of Uruguay   . Its particular tower served as a watchtower for the fortress and the bell tower of the small chapel that was inside its walls. Its shape is rectangular on the outside and cylindrical inside, with a stone spiral staircase.

From there, maritime traffic was observed, and it was announced whether any malon could attack. After the so-called desert campaign the fortress was demolished. Leaving his tower as a witness to the identity of Carmen de Patagones.

Located about seven kilometers from the city center, it is a declared historical site and represents an important portion of the collective memory of los maragatos, a community in the province of León in   Spain   .

The first settlers who arrived from the Iberian Peninsula there, between 25 and 30 families, inhabited that place. Since they had no materials to build their houses, they excavated caves in the ravine to guard. They were dedicated to the exploitation of 30 to 60 hectares, where they produced most of the fruits, vegetables and wine consumed by the population of Carmen. Today it is a tourist interest site that deserves to be visited.

Agritourism in Neuquén: why they choose it so much

The Paths of Faith

A map to discover the capital of artisanal ice cream

The tours of “Tourist in my city” began