It is not a spelling error, this is called this proposal to know the city of La Plata by Bike, discover it. 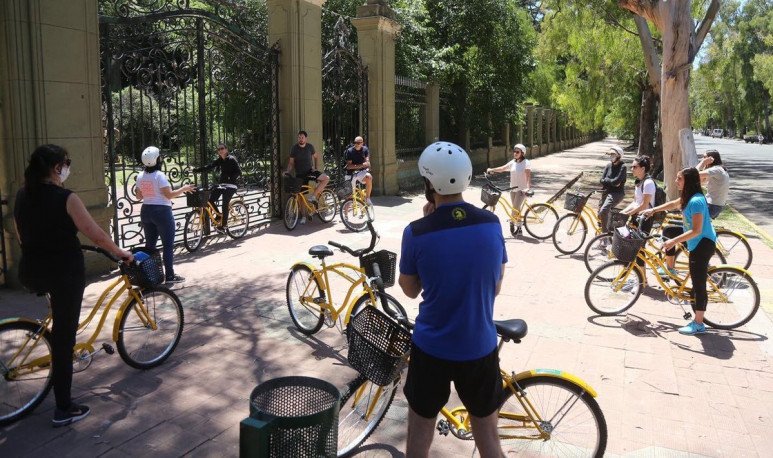 The Municipality of  La Plata  extends the program  “Bicitando la Ciudad”  in February, and more than 400 people have already been enrolled to learn about the history, myths, urban legends and the heritage of the capital of Buenos Aires by bicycle under the company of tour guides.

The initiative, a coordinated work between the Secretariat of Public Spaces of the Municipality of La Plata and the Municipal Entity for Tourism Activity (Ematur), is part of the tourism agenda this summer season 2021.

The proposal includes three guided circuits in which cyclists will be able to learn the history of La Plata, the most relevant data, its urban myths and legends, and its heritage, told Telam sources of the municipality.

“'Biciting the City' is an opportunity for tourists to get to know the most interesting corners of the province's capital, its history, culture and emblematic spaces, complying with health protocols,” Ematur's head Daniel Loyola told Telam.

“The call has been very successful, with visits from residents of the Autonomous City of Buenos Aires, Vicente López, Dolores, Florencio Varela, Jesús María, Lanús and Ituzaingó, among other localities.”

The tours are carried out on the bicycles of the municipal program “Movete en Bici”, as long as weather conditions permit; and they contemplate a brief account of the city's history by tour guides.

“During the month of February, the program will be held on Wednesdays, Saturdays and Sundays, with the same modality and the same three optional routes,” said the Secretary of Public Spaces of the Municipality, José Etchart.

The municipal official stressed that this is “an ideal initiative at this time, considering that it is outdoors and with the necessary social distancing”.

The tours on Saturdays and Sundays include, among other tours, the Paseo del Bosque, the Biopark, Casa del Lago, the Planetarium, the urban historic center, the Museum of Natural Sciences and the Student and Gymnastics stadiums, among other places.

Meanwhile on Wednesdays, the circuit that starts at Plaza San Martín also runs the Pasaje Dardo Rocha, Casa Curutchet, the monument to Lebanon and other attractions, to end at the “Move en Bici” station located on Paseo el Bosque.

Cuesta de Miranda: this is what you need to know

Wayra Caves: an experience for fearless

The inexhaustible supply of rosarine for childhood

Salta, tourism starts February with more than 100 alternatives in the promo 3×2