Home Travel Buenos Aires A trip to the cemetery, before it touches us.

These outings are for tourists looking to find something different than their holiday. The province of Buenos Aires has places that deserve to be known. 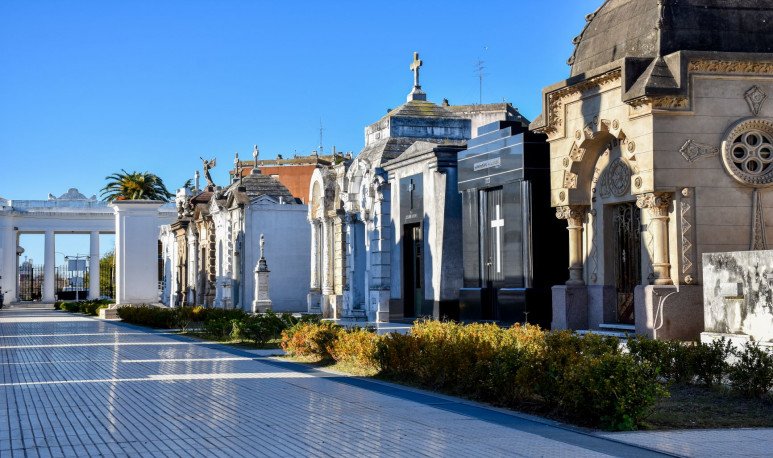 Beyond the typical accounts of apparitions and spectra, Buenos Aires cemeteries are an important source of information to reconstruct the collective memory of their towns and cities.The fields of San Nicolás de los Arroyos, Laprida and Lobería keep stories of love, legends around its construction, treasure jewels of architecture and biographies of famous characters who inhabit the imaginary of these municipalities.

In the cemetery of San Nicolás, one of the most visited graves is that of the gaucho Guillermo Hoyos, known as  “Ant Negra” , because they say that  “when he pulled out the facon he made it itch like that insect”.

He is one of the most legendary characters in the criminal history of Nicoleña, according to reports from the municipality. He fought with the troops of Justo José de Urquiza, governor of Entre Ríos, and then served a long time for killing a man in a Creole duel.

Years later,  “justice again accused him and imprisoned him, this time unjustly, for the death of a widow woman”.  The judge in charge of his case was Ramón Castillo who, in the 1940s, was president of the Nation.

According to legend, his cellmate couldn't bear the sadness that he had to see Hoyos in prison and decided to award himself the crime. Finally  “Black Ant”  was released and his life experience was reflected in a novel of 23 chapters combining reality and fiction.

The free and restless spirit of this gaucho is present in this cemetery built by order of Juan Manuel de Rosas and declared in 2001 as  an open-air museum  for its great cultural richness.

The Christ of Chierico 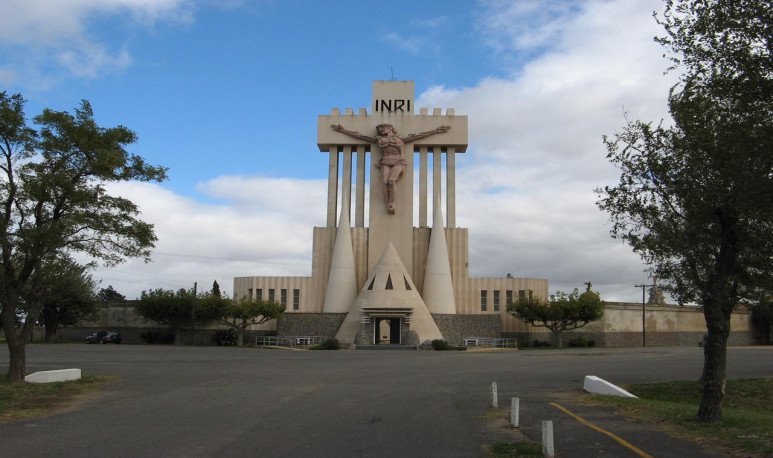 In Laprida, architect  Francisco Salamone  built the entrance gate to the local cemetery in 1937. This work of great dimensions and a strong symbolic language broke into the middle of the Buenos Aires plain.

The main façade, as we have told you in another note, is symmetrical and stands out for the presence of two lateral cones and one central cones, pointing to the cross with Christ.

The imposing portico has a total height of 33 meters and the figure of Christ, made by the Latin sculptor Santiago Chierico, reaches eleven meters that make it one of the highest in South America.

Behind it is a picturesque story that ran from word of mouth through the different generations of Lapridenses. According to legend, the local mayor, Benito Martínez, “learned about the passing of the train through the station with the various parts of the sculpture and on horseback and at gunpoint stopped the formation so that Christ will stay in Laprida. It was said that it had another destination, but it was not because the construction of the portal had already begun.

In the portico of the municipal countryside, the magic of Art Deco converge with a futuristic and monumentalist imprint. In that great architectural composition each element has its raison d'être. The central cone represents  Mount Calvary  where Jesus was crucified and inside it has a dome with an eight-pointed star symbolizing the Virgin Mary. While the lateral cones correspond to Dimas and Gestas, who also died crucified next to Christ. 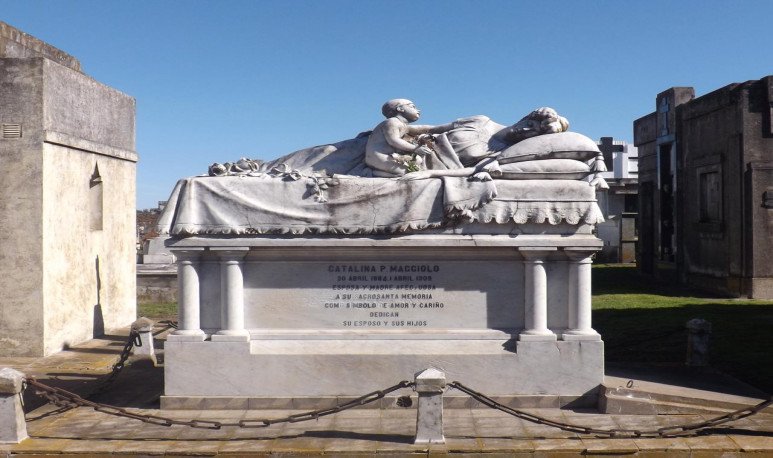 In Lobería Grande, on the other hand, the cemetery with vaults of architecture and Islamic style is surprising, with the pantheons of the Spanish and Italian communities and the eyes of the visitor are surprised by the majestic sculpture in which a woman, Catalina Piuzzi de Maggiolo, is lying next to a child.

This young woman, who died at the age of 25 from a peritonitis caused by a postpartum infection that she suffered when her son Atilio was born. After her death, her husband Romulus Maggiolo decided to return to Italy, his homeland, and there she commissioned the work to the marmolist Silvio Corsi. Maggiolo died in 1951 and is located in the family vault next to Catalina.

The funerary heritage is the initiatic way to know stories of life and legends that tell about the particular history of each municipality, which is also the history of the Province of Buenos Aires.

Argentina and its Labyrinths

The 8 essential places to visit in Rosario

Nature and history coexist in the Blue Route Corridor

Goodbye stress: the Baths of Sáenz Peña offers an ideal place to relax