Home Travel Buenos Aires A secret on the Atlantic Coast

Ostende, on the Atlantic Coast, offers rest, nature and history. We tell you everything you can do there. 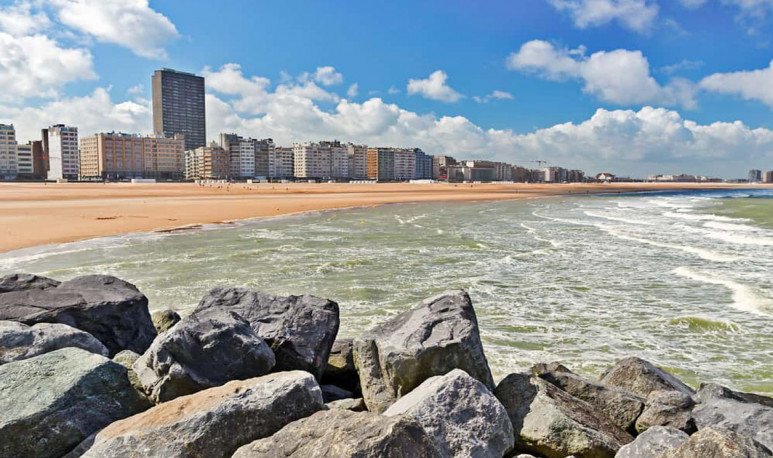 The   Atlantic Coast   Buenos Aires has large spas that attract a lot of tourists every year, but it also has from the others: quiet, village-flavored localities, where you can enjoy a rest without dispensing with the necessary amenities for a good holiday. One of those options, still something hidden, is   Ostend   , in the Municipality of Pinamar.

With a much calmer pace than that of the head city,   Ostend invites you to long walks on the beach   , to stop the gait a little and connect with the present moment. Its environment leads to disconnection. There are no tall buildings or large buildings there; most of its houses are low-rise chalets with a   beautiful architecture   . Its beaches are immense, unlike those of other neighboring towns. They have large public areas, where you can enjoy the outdoors without being crowded, and there are also beautiful spas with all amenities.

A little bit of history

Ostende has a tocaya in   Belgium   , and this is not accidental. Originally the land where the city is today belonged to Don Manuel Guerrero, who sold a property to two Belgians:   Agustín Poli and Fernando Robette   . It was they who decided to found a   twin spa town to belga   . The year ran   1908   . Thus, Ostend was born.

Important French architects and engineers were in charge of the project. There were avenues, diagonals, public buildings, a train station, a cemetery, a municipal corralón and a central avenue of more than 50 meters wide.

In 1912 work began to build the   Rambla South   , one of the most outstanding in the spa areas. The following year the Hotel Termas Ostende was built, which is still standing until today, but with another name: it is the   Old Hotel Ostend   .

Getting there was, in those times, a titanic task. From Buenos Aires, you had to board a train at Constitución Station, which reached Juancho Station. From there, visitors were transferred to the spa by means of a small mobile railway.

After that bombshell start,   historical events and nature blurred the fate of Ostend.   The founders of the village and some Belgian families residing in the city decided to return to Europe because of the war.   They never came back again.   The project was, then, without direction. Attempts at afforestation that had been made failed, and   several constructions were buried by the sand   , including the Rambla. The same happened with a church that had been donated by Domingo Repetto.

Only in 1943, when Pinamar was inaugurated as a seaside resort, the Executive Branch of the Province of Buenos Aires approved Jorge Bunge's urbanization plan. This had a great success with the afforestation of the area to fix the dunes.   For a few decades, the ostentatious project of the Belgians was forgotten.   Until, on 23 May 1983, the Pinamar Party was created, which annexed Ostend to its jurisdiction, among other localities. Then, the city began to gradually recover its light.

Things to do in Ostend

Ostend combines history, tranquility and natural beauty. In addition to enjoying its wide beaches, it is possible to do there other types of activities that connect us with nature and history.

In the spa it is allowed to enter the beach with vehicles such as ATVs and Jet Skis, but only in a delimited area. Fishing is also possible.

If you get bored of the beach, the town also offers the possibility to enjoy its forest. There it is possible to go horseback riding and rent bicycles to explore the area.

In the 1930s, Dr. Arturo Frondizi — who was later president of the Nation — met the beaches of Ostend and fell in love. He decided to build a wooden house there in front of the sea. That was the first summer house in the town. Frondizi spent many summers there with his wife, Elena Faggionato, and his daughter, Elenita. In 1993, Maria Mercedes Faggionato, a political niece of Frondizi, decided to rebuild the house, which was in poor condition. Since then, it became the must-have cultural promenade for visitors to Ostend. There you can know the history of its creators summarized in objects, writings and photos.

Where   : Stockholm and Beach

A mythical hotel   . Founded in 1913, it is a place full of stories and anecdotes. The site was visited by great artists, such as   Antoine de Saint-Exupéry   , who, it was said, made the first sketches of   The Little Prince   on a letterhead paper from the hotel. He stayed in room 51, room that today is recreated just as he left it. In addition, copies of the sketches of his work are preserved on the walls of the bar. Others who passed through there were   Adolfo Bioy Casares and Silvina Ocampo   , who wrote the police novel   Those who love, hate   , whose plot takes place in the hotel. Closer in time,   Indian Solari   composed “Ostende Hotel”, which tells a love story that goes on in the old hotel.

Best of all: Viejo Hotel Ostende is still in operation and it is possible to stay there.   Some of its rooms stay like more than 100 years ago   . A real journey through time.

Where   : Cairo and Biarritz

This is the ancient Rambla Sur de Ostend, which maintains 40 meters original and is witness to the origins of this spa. It is a set of stones, which surprise the visitor on their walk. By means of an ordinance, the Honorable Council of Pinamar declared it “Municipal Historic Site” in 1995.

Where   : Costanera and street Nuestras Malvinas.