Home Travel Back to the Future, in San Juan

Back to the Future, in San Juan

In the province of San Juan, the Valley of the Moon allows us to look at the past of the planet. 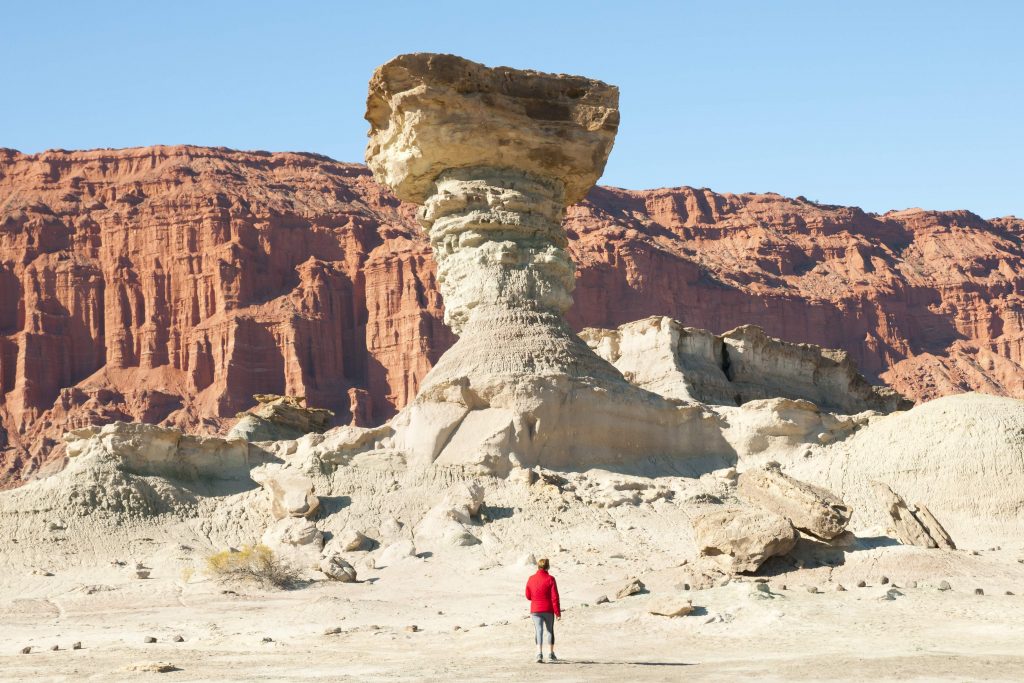 By: Gabriela Saavedra
The idea of time travel is always captivating. Fortunately, there are places that give us an experience quite similar to that, some almost literally. In the province of San Juan, the Valley of the Moon allows us to look directly at the planet's past; more specifically, the triassic period. Ischigualasto Provincial Park -such is its official name- is a 275,369-hectare protected area that shelters an important paleontological reserve. It is the only place in the world where the Triassic period can be seen perfectly differentiated in a complete and orderly way. Experts estimate that the geological formations found there are between 200 and 250 million years old. The Valley of the Moon keeps memories of those times: millions of years later, the different movements and collisions of the tectonic plates exposed those valleys that had been covered by thousands of meters of younger rock, to tell us the story of what happened on Earth at that time. Although it is a space for science, it is open for tourists from all over the world to visit it accompanied by a guide who is in charge of explaining each particularity of this marvelous world that was stopped in time.

The power of nature

Nature in all its splendour

A submarine worth seeing