Home Travel Argentine tourists: one day of hospitalization in the region can cost up to 2,000 dollars

Argentine tourists: one day of hospitalization in the region can cost up to 2,000 dollars

Thousands of tourists choose to vacation abroad but few find out how their health systems work. 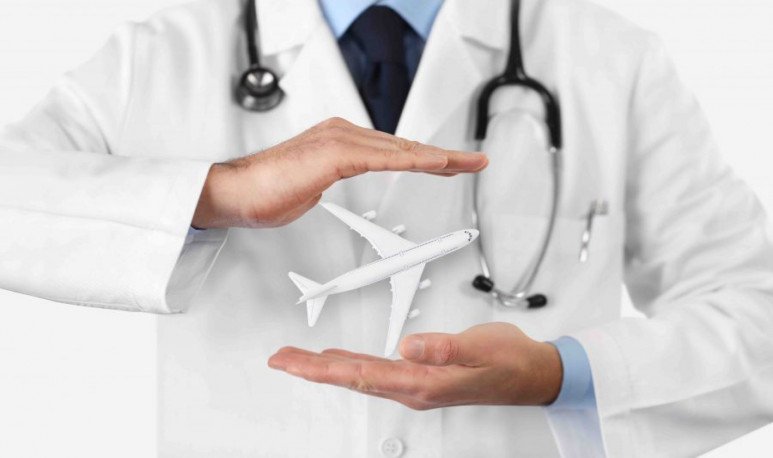 Thousands of tourists choose to vacation abroad, but few find out - especially if they travel to nearby countries - how their health systems work, information needed to know whether or not the purchase of travel insurance is a priority: in the region, a day of hospitalization can cost up to 2,000 dollars, according to a survey carried out by Telam in consulates, insurance companies, and analysts.

While in some countries, such as Argentina, public health is free for everyone, including foreigners, specialists concluded that the system and costs are very dissimilar in each country.
Brazil, like Argentina, has a free and universal public health system, so it caters to everyone equally, whatever the nationality of the tourist; and in both cases, the structure allows it.

In contrast, Paraguay, although it has public health and Argentines can go to their hospitals, according to sources from that country's consulate in Buenos Aires, the system does not have the development achieved by Argentina and Brazil, and therefore, there is likely to be delays or not the complexity required for all cases.

Bolivia, where free deliveries have reached deliveries and attention on guard for both Bolivians themselves and Argentines traveling to that country, has a new Universal Health System (SUS) that will come into force next March 1, reported the Bolivian consulate in Buenos Aires.

But unlike Brazil, where Argentine tourists receive the same quality of care as Brazilians themselves, Bolivia — which aspires to such broad and universal coverage — will take some time to develop it, said Joaquín Larrabide, a researcher at the Sanitary Sovereignty Foundation.
Since February 20, with the promulgation of the SUS, Bolivia has ahead of us to build the hospital structure that Argentina and Brazil achieved decades ago.

“ The concept is universality and that is what the plan of the government of Evo Morales points out, after the passage of the law,” said the analyst.
However, public health is not free in Chile, Uruguay and Peru, since everyone (their own population and foreigners) must take insurance to solve their health problems.

Sources from the Argentine foreign ministry reported that “with Chile, which signed a reciprocity agreement with Argentina, tourists who ask to attend the public hospital usually get a good service and complexity, although they must afford insurance.”

With Uruguay “it is complicated because services do not offer complexity in many places and to be cared for, the country requests the health card.”
According to insurers, for Argentines who decide not to go to the public hospital when they travel to the countries of the region (bordering or not), hospitalization costs exceed $500 per day and that is why it is necessary to purchase insurance although many when traveling “nearby” believe that “our service is not so important,” Diego said Baron, regional marketing director at Universal Assistance.

In Uruguay, one day it costs $2,000, as in Brazil; in Chile it ranges between $2,500 and $5,000, in Colombia, between 750 and 1,000; and in Peru from 500 to 1,000 dollars a day, said Federico Tarling, director of Services of Assist Card Intenacional.
“ People have to be clear that health is an industry like any other industry and there is not in countries like the United States the concept of a free hospital,” Tarling clarified, after recommending the purchase of insurance before traveling.

According to sources from the Argentine foreign ministry, in the United States, an appendicitis operation can leave a minimum of $10,000, a medical consultation costs $350, a consultation with a specialist, $750, an imaging diagnosis $1,200 and an ultrasound 800 dollars.
In Spain and Italy, a day of hospitalization can cost between 2,000 and 10,000 euros and if a foreign tourist has an emergency he is treated, although he must bear the costs of hospitalization, according to the representative of Universal Assistance.

While in Central American countries and especially the Caribbean, hospital costs are very high, so if someone takes a cruise and is lowered from the ship by an emergency, the costs can triple, the Argentine Foreign Ministry reported.
However, Costa Rica, “where minors attend and operate free of charge, a child traveling in that country was operated in a public hospital at no cost while the private sector asked the family $20,000 for the intervention,” said Maria Alejandra Angio of QTassist in Miami, with a regional office for Latin America in Buenos Aires.

“If you go through Cheese Season, you can't stop knowing Tandil”

5 places to do trekking throughout the country

Do you know where “La casa de las botellas” is?