We show you places in Argentina where foreign films have been filmed, some box office and others not so much. 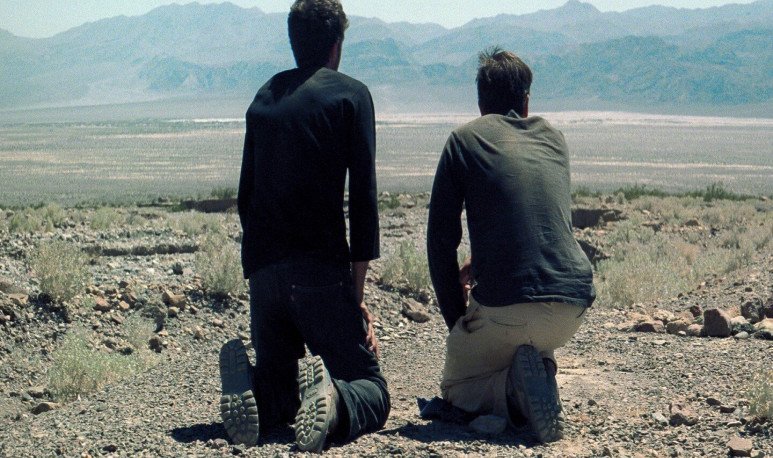 In Hollywood it seems that everything can be realized, however, there are times when natural scenarios offer more than the chroma green curtain. The extension of our country gives filmmakers excellent atmospheres to shoot, we show you some of them, so that when you visit those places images the characters.

The Iguazu Falls were, even before it was the 7th Natural Wonder of the World in 2011, the scene of many films. An anecdotal fact is the case of  Indiana Jones and the Kingdom of the Crystal Skull,  directed by Steven Spielberg and shot in 2008, which in the credits claim was filmed in the Amazon.

The first film, in 1979, that had our Falls as a witness was  Moonraker . Where Roger Moore playing James Bond lives one of his many adventures nothing less than there. In the film he sees Bond wanting to be dressed in gaucho where they tell him to look for the Black Orchid. Later, the protagonist escapes in a kind of glider with the curtain falls.

The most award-winning films filmed in this area of our country is  La Misión , directed by Roland Joffé and premiered in 1986. The film begins with a Jesuit priest tied to a cross by natives and thrown into the main jump of the Iguazu Falls. That scene was his promotional poster. 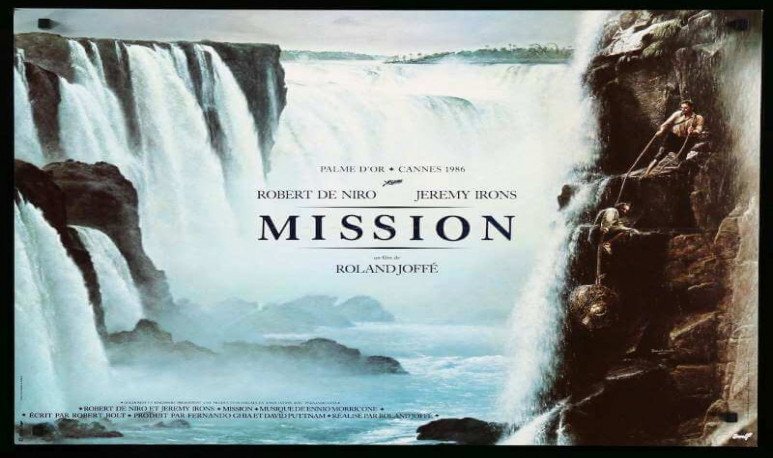 The only film produced in Hong Kong in our country is  Happy Together . Based on a novel by Manuel Puig,  The Buenos Aires affair , which earned him the death threat from Triple A. The protagonists, a gay couple from Hong Kong, travel to our country to visit the Iguazu Falls, in an attempt to improve their relationship. Filming was also made in Buenos Aires City, where one of the characters works at Bar Sur, a tango venue in the San Telmo neighborhood. There are also scenes recorded at the Fin del Mundo Lighthouse.

The City of Buenos Aires

The City of Buenos Aires starred films with renowned directors and actors including Francis Ford Coppola, Robert Duvall and Madonna.

We start with fantastic cinema and a Buenos Aires of the future, we talk about  Higlander . This fantastic film saga had, in its second film, the Argentine capital as a film set. It was filmed in 1990 in a  Puerto Madero  inhabited only by rats, let's remember that at that time nobody imagined it as it is today. The set was set up just five blocks from Casa Rosada. Sean Connery and Christopher Lambert walked there. The production set up a 200-metre long scenography that reproduced the hypothetical city of the future where the story is going by Russel Mulcaby. The extension of subway E was not completed and in what is today the Medalla Milagrosa Station was also filmed a scene. With an investment of 20 million dollars, it was the first major production filmed in South America. 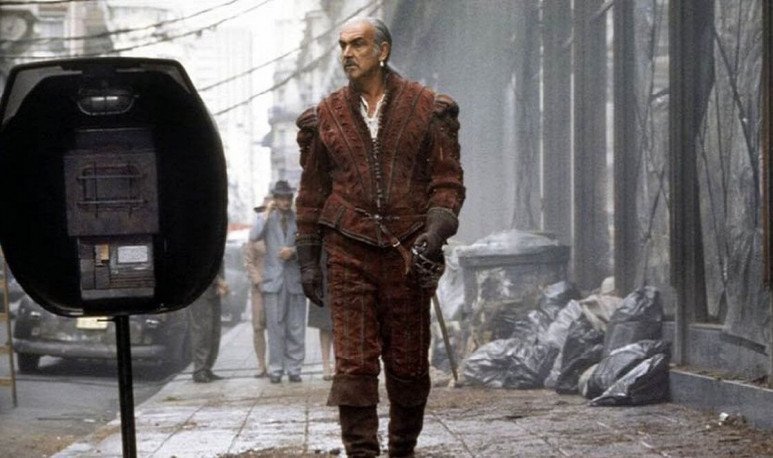 Alan Parker arrived in 1995 with Maddona and Jonathan Prycey to record Evita.   Then-President Carlos Menem authorized the film, on one of the balconies of the Government House, the scene where the singer plays  No llores por mi Argentina  . They also traveled to Uribelarrea, 20 kilometers from Cañuelas, in the province of Buenos Aires. In the Chapel Virgen de Lujan in that town, they filmed the marriage of Eva Duarte and Juan Perón.

A lover of the capital of our country is Robert Duvall who together with his wife, Argentinean Luciana Pedraza, filmed Assassination Tango, with Ruben Blades as co-star. The film tells the story of a hired thug from Brooklyn, who is hired by an Argentine family to assassinate a retired general. While his goal is delayed, his curiosity and passion for dancing lead him to take an interest in tango, and to be passionate about Manuela, a dancer.

Blades and Banderas also starred in  Imaginando Argentina . The film shot in La Ciudad y Olavarría that tells the story of a children's theater director in Buenos Aires (Antonio Banderas), and his wife (Emma Thompson), a journalist who is arrested and disappeared after publishing an article about the kidnappings and deaths that took place on the Night of the Pencils.

El Obelisk and Madero appear in the film  Children of Men , starring Clive Owen. The film takes place in 2027, where two decades of human infertility have left society on the brink of collapse.

Focus  got Will Smith and Margot Robbie to arrive in Buenos Aires to shoot it. There are scenes filmed in Caminito, San Telmo, Puerto Madero, Recoleta, Palermo and the final in front of neuropsychiatric Braulio Moyano in Barracas . 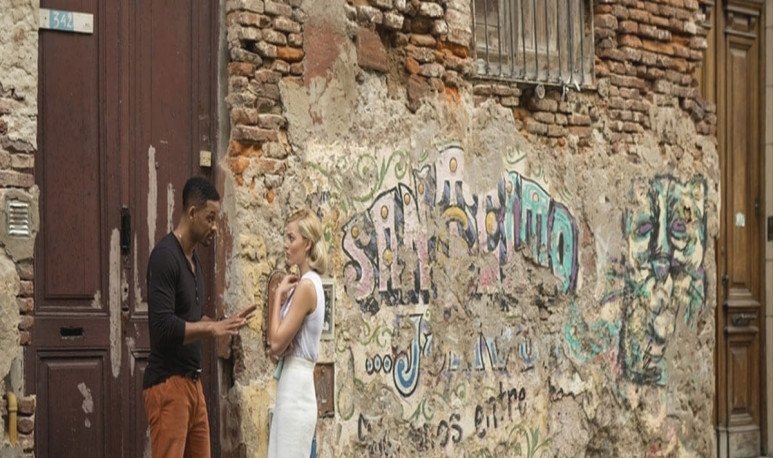 In 2017, the historical drama  Operation Finale was filmed in Buenos Aires, where the story of the 1960 capture of Adolf Eichmann, which was hidden in our country, was told.

In the province of Mendoza, it was completely filmed for  7 years in Tibet , the Mendoza mountain range was transformed into that region of Asia. The film starring Brad Pitt also shot a few scenes in La Plata, at its railway station, to emulate one from Austria, where the character came from.

In Salta,  Gerry  was filmed a drama where two young men have to fight themselves after getting lost in the desert. Matt Damon (also married to an Argentinean woman) and Casey Affleck star in a film of little dialogue in which landscape and photography are of enormous importance.

Revenant: The reborn  is one of the latest major productions with Argentina as stage. Originally it was not planned to film it in our country, but the production was delayed in Canada where spring did its thing with snow and Ushuaia was the place chosen to finish the filming where the protagonist is Leonardo Di Caprio.

We leave for the end an inexplicable mistake of  X-Men's production: first generation,  where a young Magneto is seen looking for the one who killed his mother who was hiding in a small Argentine town. In that scene the graff refers to “Villa Gesell”, but the image of the recording belongs to Villa La Angostura.

If we forget any, read you in the comments.