Home Travel Nearly 440,000 people flew in Argentina for the first time by plane during 2018

The figure is that 6 passengers from each aircraft that took off, were first on an aircraft. 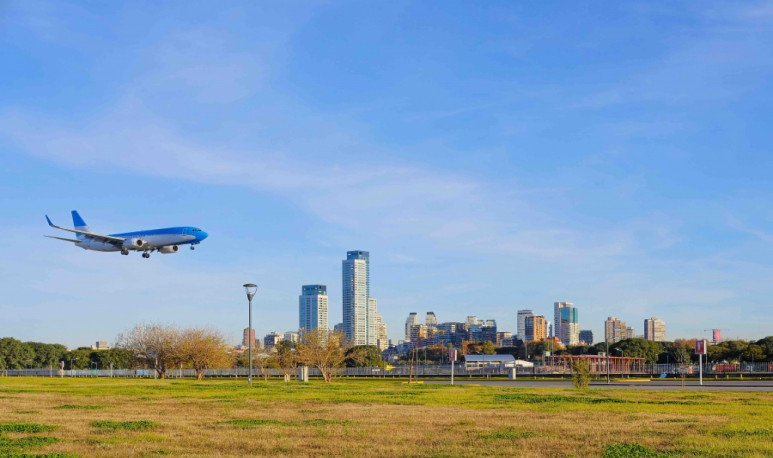 Nearly 440,000 people flew in Argentina for the first time by plane during 2018, between cabotage and international flights.
The figure is that 6 passengers from each aircraft that took off, were first on an aircraft.
The data was provided today by the  Ministry of Transport of the Nation  and includes the “first time passengers” of Argentine  airlines: Aerolíneas Argentinas, LATAM, Flybondi and Norwegian  .
According to records, 2018 was a record year for the air sector; a total of 29.1 million people flew on cabotage and international flights.

That figure was the highest in history for the sector and out of that total, 439,007 people flew for the first time.
From the data provided by the airlines, 215,000 passengers from Aerolíneas Argentinas flew for the first time, another 130,000 flew in Flybondi, 90,666 in LATAM and 3,341 in Norwegian (which began operations in the last quarter of the year).
In some cases, first-time flyers represent a significant percentage of the total number of passengers, as is the case of Flybondi, in which they represent 15%.
One of the reasons why there has been an increase in first-time air passengers is that there are more airlines flying today. Avianca, Flybondi, Norwegian and JetSmart appeared from 2015 to date, and from 90 cabotage connections that were in 2015 went to 138 in 2018, 46 of which do not pass through Buenos Aires.

Likewise, from 92 international connections were passed to 150, and of them 54 do not leave or end in Buenos Aires. Meanwhile, out of a total of 104 aircraft in 2015, it rose to 116 by the end of 2018.
At the same time, it was indicated that “today traveling by plane costs half of what came out three years ago and with the elimination of the tariff floor, a fare competition was raised, especially from low cost airlines.”
Since their arrival in the country, low cost companies have already transported more than one million people; between January 26, 2018 and the first 15 days of January 2019, a total of 1,065,000 passengers flew on low cost flights.
The number of passengers on low cost flights increased progressively and steadily increased: 100,000 in the first three months, 200,000 at 4 and a half months and 500,000 at 8 months.
The arrival of low-cost airlines was accompanied by the start of operations of the country's first low cost airport, El Palomar, where since it began operating commercial flights already embarked and disembarked 625 thousand passengers.