One Sunday morning we went to try an activity that starts to make a furor in Mendoza. This is bungee jumping, a leap of pure adrenaline. 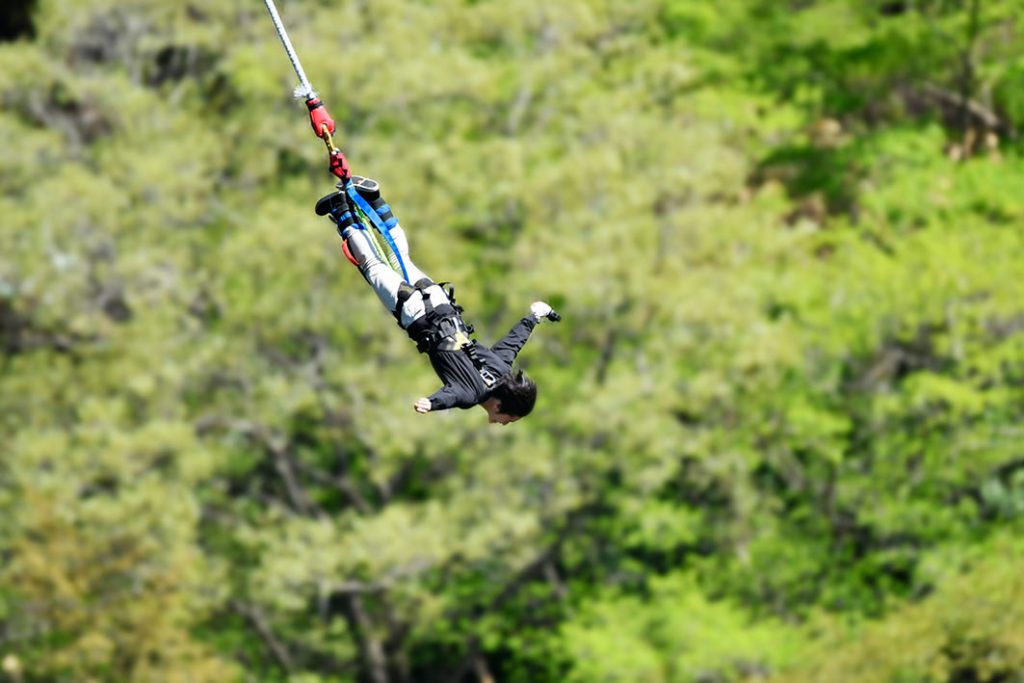 Throw yourself into the void from a bridge that provides a free fall for a few seconds, a good time of madness to enjoy a few kilometers from the City of  Mendoza . We came to the  Cacheuta  area (Mendoza) to try one of the most exciting high mountain activities offered by  Adventure Tourism : the “bungee”. It was after a great day of math, anecdotes, laughter and, of course, jumps and more jumps, that we talked to those responsible for this activity in the province, Puenting Mendoza , to tell us all the details.

What is bungee jumping about?

Jumping is a recreational activity that combines the adrenaline of a  jump into the void from a raised structure  (bridge) and the  safety of equipment and climbing techniques  operated by professionals.

Basically using a harness and linked to the bridge by means of strings, the “jumper” is thrown into the void from the bridge experiencing a free fall until the moment when the strings are tightened and a pendulum is described.Adrenaline shock in just a few seconds. It is a  very intense activity, but at the same time very safe  and controlled.

Where does this practice come from? Since when is it done here in Mendoza?

One of the most accepted theories is that of the German climber Helmut Kiene, who in 1973 was climbing in  France  and, with the help of two  friends  and his brother-in-law, mounted a rope on one of the bridges over the river Les Usses (Annecy) and set out to jump from another parallel bridge about 50 meters away, describing in its fall a giant pendulum of similar length.

He never repeated the jump again, but it is said that he told some friends who later (especially in Spain) looked for a way to do it from a single bridge, crossing the rope underneath. At the same time, the rise of outdoor activities with native anglo names (rafting, trekking, hiking), led to baptizing the activity with a mixture of the Spanish word bridge with the English ending denoting the gerund “ing”, although in English it is known as Bridge Swing Jumping or just swing jumping. Ironically, the activity is not known or practiced in France or Germany.

In Mendoza we have knowledge of the practice of bungee jumping  since the early 90s  by climbers, as entertainment, to relax after climbing or simply to challenge their teammates to a rush of adrenaline. And although we already know several generations of climbers who have enjoyed the activity, we dare say that this is the first company entirely dedicated to this type of activity in Mendoza.

By bike getting to know the wineries

Key places to know in Cordoba