The so-called Tourist Villages of the province of Buenos Aires are characterized by being full of stories, many of them are born in these chapels. 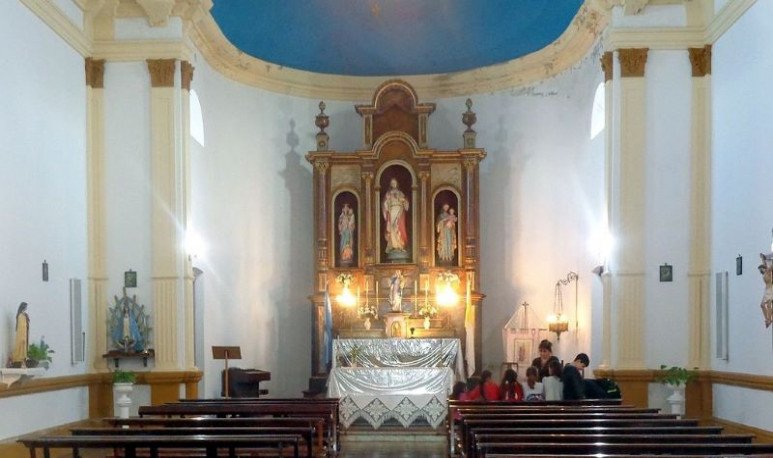 The history and personality of each community are recorded in the chapels of the Tourist Villages of the province of Buenos Aires. Spaces of meeting and devotion, its architectural particularities create part of the local culture and heritage. We invite you to get to know some of the beautiful Buenos Aires chapels, appreciate their architecture and simplicity and enjoy the scenic surroundings.

Chapel Our Lady of the Rosary in Azcuénaga, match of San Andrés de Giles

The temple is Neo-Romanesque style with exposed bricks, with a single nave and a wooden altarpiece, whose carving resembles marble, was blessed in 1907 by Monsignor Francisco Alberti. The unique furniture was made in the city of Zaragoza, Spain, and its pieces were brought by boat to Buenos Aires, and then moved by train to the town of Azcuénaga.

The San José Chapel was built in 1929 by Mariano Ustariz, a renowned cereal gatherer who bought from Lía de las Carreras much of the land that today make up the town. Don Ustariz appointed the chapel to remember his late son Joseph. The particular belly, next to the interiors and the imagery, make it one of the most beautiful temples in the region.

The Sacred Heart of Jesus Chapel, is of clear neocolonial architecture, was built in 1930. The parking that surrounds the property has a thick grove that stimulates rest and spiritual connection.

The origin of this picturesque Venetian Gothic temple dates from 1904 and has as its main peculiarity to have been erected with bricks manufactured in the furnaces that were in the village at the beginning of the century.

A picturesque place: the historic village of Yavi