This is Emanuel Balbo, thrown from the rostrum 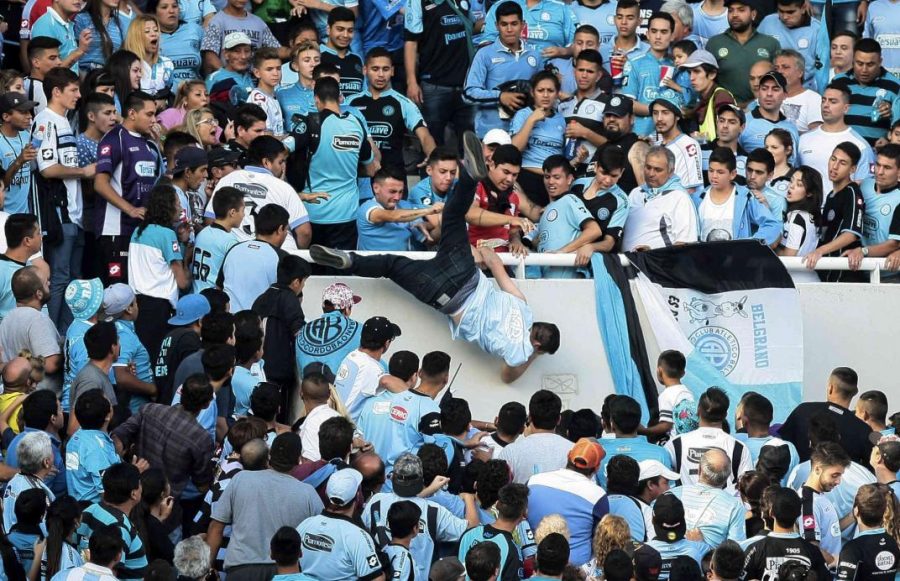 With a reading of the accusation, the trial of seven defendants in the case for the death of Emanuel Balbo, 22 years old, Belgrano de Córdoba fan died in April 2017 when he was thrown into the void from one of the stands of Mario Alberto Kempes stadium in the mid-season of the classic with Talleres of Córdoba.


“ I hope justice is done and those responsible pay with prison, there is no peace in our family,” Alejandra Mercado, Emanuel's mother, told reporters.


The accused in the trial conducted by the Criminal and Correctional Chamber of the 12th Nomination of Córdoba are Oscar “Sapito” Gómez (36), Yamil Salas (22), Martín Vergara (20), Pablo Robledo (18), Matías Oliva (20) and his father Cristian Oliva (42), all accused of “aggravated homicide” by the Sports Act.
Gómez is accused of being “instigator” of the crime, while Salas is referred to as “secondary participant” and the others as “necessary participants”.
Hugo Acevedo (40), the only one at liberty for having no connection with the murder, is accused of “qualified calamitous theft” for stealing Balbo's slippers while the young man was dying on the floor of Kempes Stadium.


According to the case, “Sapito” Gómez was the initiator of the events by disregarding and falsely pointing to Balbo as a sympathizer of Talleres, which caused the aggression of a group of “celestial” fans, who threw him into the void from the rostrum and led to his death, 48 hours then, in the Emergency Hospital of Córdoba.


Prosecutor Mariano Antuña, in charge of the prosecution, said today that there was a “previous enmity” between Gómez and Balbo following the fact that in 2012 the now indicted hit and killed a brother of the victim when he ran a bite.
For that fact, Gómez was convicted last year for the crime of “culpable homicide”.
“ The indictment comes from the investigation as a malicious act and I will support it, because there was an intention of Gómez to pursue the result that was achieved (the death),” said Prosecutor Antuña, who considered that the defendants “could not ignore the fatal outcome”.


The hearing will continue with an inspection at Kempes Stadium with the presence of all parties, including the defendants, as ordered by the judges of the trial court, consisting of Gustavo Reinaldi, Gabriela Bella and Eugenio Pérez Moreno.
Meanwhile, some 60 witnesses are expected to be summoned for witness evidence.

H2O, a meeting will reflect on the dissolution of the boundaries between art and science
On Saturday Franco Luciani plays in quartet before leaving for Europe
Goya won the Mar del Plata Golf Open
Ledesma got a meritorious 7th place in Florida
Panarotti win at the TC Mouras de La Plata
Swartzman had no chance against Cecchinato
Away in Slalom World Cup
Sepúlveda and Richeze finished far in the Vuelta a Colombia