After a memorable match, Gusti Fernández was crowned champion in All England for the first time in his career and returned to top spot in the rankings. 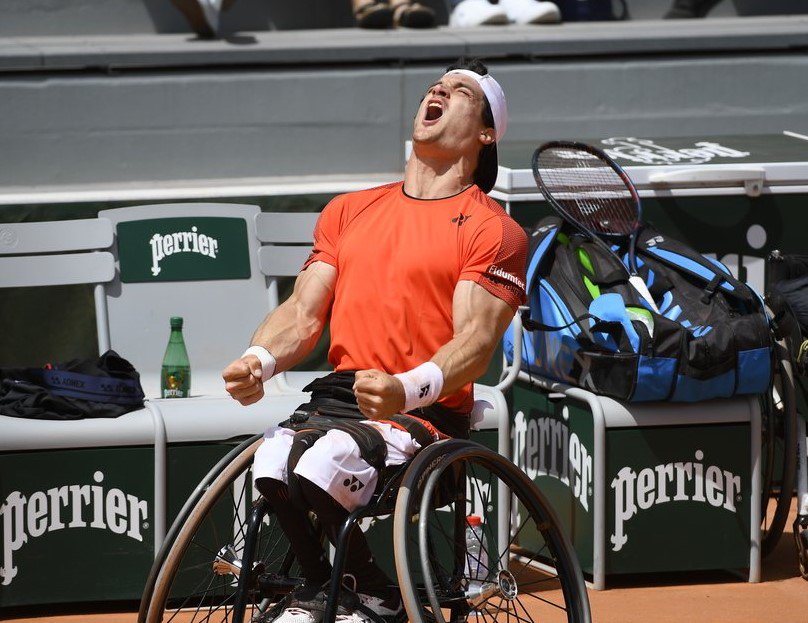 The third was the winner. Gusti had entered final in 2017 and 2018, but had not been given. Now, not only won Wimbledon, it comes from winning Australia and France. Yes, he already won the three Grand Slam this year. All he's missing is USA and he's in all four. I mean, “The” Grand Slam, something only five tennis players achieved in history. Among those who are, nothing more, nothing less, than Rod Laver and Stefi Graff... Let's hope it gets. Maybe. He's got a lot of chances. He's playing at a hellish level. He deserves it.

Thus, Gusti is the first Argentine to consecrate himself in the All England in seniors. And the second in history, behind “La pitu” Salerni, who reached the feat in juniors, in 2000. An impressive achievement. The record will say it was against Japanese Shingo Kunieda, 4-6, 6-3 and 6-2.

But there's more. With this victory, he returned for the third time to number one in the ranking. And he surpassed the greatest of all, Guillermo Vilas, in the amount of Grand Slam won (5 to 4).

These numbers seem to minimize another feat that occurred in England this year: the quarters Guido Pella put in. The Bahamian got into the “Last eigh club” playing a wonderful tennis. If I had been in better physical condition, which is not easy, I was for more. However, his feat was achieved only by six local colleagues throughout history: Norma Baylon, Paola Suárez, Gabriela Sabatini, Guillermo Vilas, David Nalbandian and Juan Martín del Potro. Record nonsense.

You took it all, chinwenwencha.