Home Sports As a big technician

As a big technician 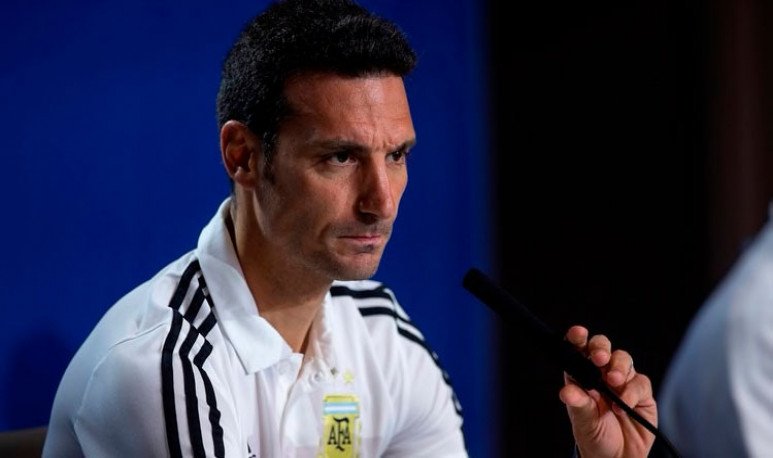 I understand these friendlies aren't good for much. Players arrive ten minutes before the match. So, they practice on the court. You have to be patient.

The point is that the only thing they serve so long before the World Cupis for the AFA facture. Nothing else. Need the money the AFA?... Because today they play players who don't even know if they make it to the next World Cup. Messicase. And if they arrive, we have to see how they do it.

Oh, well. Scaloni, in this scenario, seems to be trying to form a group. Because he almost always calls the same players. And as some fail him, he insists, as a big technician, on putting players in the group, in positions that do not work.

Luckily, we got Romero off our backs. But this guy insists on Rojo and Otamendi. On top of it as a central lags. Big tech thing. And when I say big, I mean age. Handy. Stubborn. Whimsical.

Red must have played back sometime. But he can't play the position. They morphine his back or eat him from the front. It's two changes in the back. Just like Otamendi. That always comes out untimely. Play with whoever plays next door. Is Funes Mori that bad? , which plays Otamendi... Tagliafico is another utopia. He is the one I understand the least, having Casco (I know he was not available for this game). He throws it to Foyt out of four, when it's central net. I mean, put up a deformed defense and we eat two out of four arrivals.

From the middle to the front, always more or less the same. But there's plenty of talent. The problem he's got is who to put. From a group in which everyone is equal. Can one name be missing or another? Oh, maybe. It's already a matter of taste. Or talking about it. For moments...

Someone to put Scaloni in a box. Don't let him start thinking like a big technician. If as I was coming up so far, I was doing very well...

And those in front gave Argentina the draw, in the second, unsuspected way. That he had a good half hour end. Pressure. Of course, Germany didn't play like in the first half. He kind of relaxed. He got distracted and left Alario alone in the first. Obvious: the “Pipa” did not forgive. From ca

Where he puts the eye, puts the arrow

Softball, a sport more Argentinian than it seems