3bol is an innovative sports proposal that emerged in Tucumán among paddle players. The difference? They play two players against one. 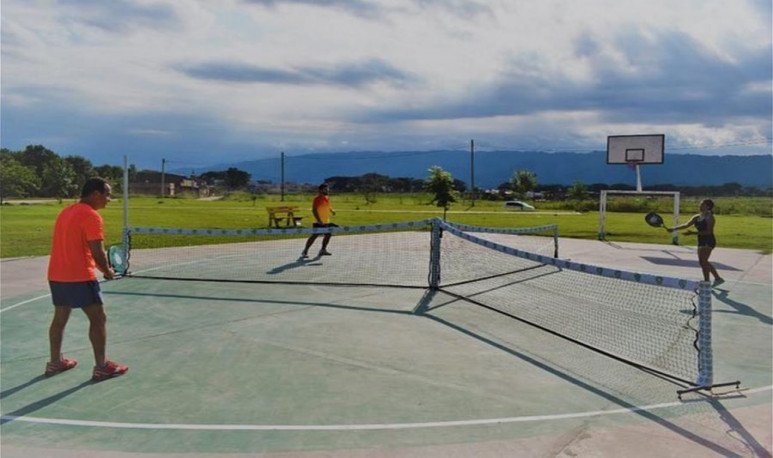 3Bol is a new sport that is getting its first practitioners in Tucuman. It is practiced on a tennis court similar to that of tennis, but triangular with three nets. The funny thing is how this idea began to be born: “We wanted to play paddle, we need four players and we only got three,” say Hernán Hermoso, Nicolás Malekand Mauro Salandro, all founders of 3Bol.

What does it consist of? The principles are similar to those of tennis: to pass a ball from one side to the other side of the net, but to two rivals. In this new sport, it takes three people to develop a game, but without genres. Malek explained: “It doesn't matter if you're male or female, in this sport the important thing is skill, intelligence and creativity.”

The premise of 3Bol is “Play Creative Win Twice”: play creatively and win them two.

The idea of forming a federation and organizing competitions is a longing for 3Bol boys. But everything needs its time: define the regulation only took them more than two years. The practice is now only develops in the various exhibitions that are held in Tucumán. Oh, this allows people to get closer and get to know the sport.

The most urgent objective is to market sport and thus bring 3Bol closer to people. Put on sale portable courts like the one they use now, so you can take 3Bowl wherever you want. So you can play it in the courtyard, in the square, on the beach or wherever you imagine. What does it take to play 3Bol? Rackets similar to beach tennis, classic or low-pressure balls, nets and, of course, three players.

To learn more about the news and exhibitions you can visit on Facebook: 3BOL SPOR T. Ariel Blasco: “Managing theater is like making a film, but cheaper”