This divinity belongs to the village of Vichigasta, La Rioja. Zapam-Zucum has a peculiar form of protection. We tell you a legend that has a lot of reality. 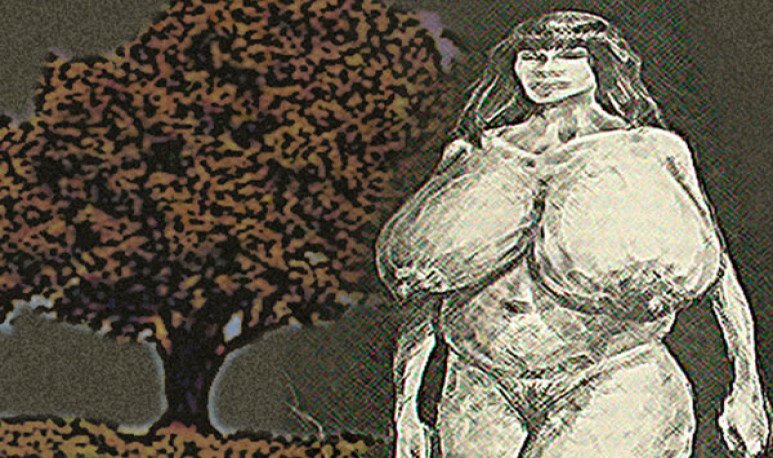 La Rioja  keeps many legends that are narrated by teachers in the different primary schools in that province. Some cause a lot of fear and others arouse children's curiosity about their mind-blowing stories that catch attention minutes to start with their stories. On this occasion, we will tell you about a mythical character that has prevailed for many generations and belongs to the folklore of the Rioja land.

In La Rioja they tell the legend of  Zapam-Zucum , a divinity of the Vichigasta people. It is a young,  brunette woman, with shink-eyed and long black hair. It wanders naked and has two fundamental characteristics.She has huge breasts and small hands with which she usually caresses the children she finds in the fields, and with her immense breasts she breastfeeds them.

Its name  Zapam-Zucum  comes from the sound that her breasts make when the woman walks. Some say that it is of a good and charitable spirit, as it cares for the children they find in the shade of carob trees and who have been left there by their mothers who go out in search of figs. However, there are other versions about it, in which  locals argue  that she uses her huge breasts to cause evil in some men.

According to the stories of the stories, this woman is the   protector of carob trees in forests, that is why they tell that she usually walks around these places. In addition, they comment that if she watches a man hack trees or kill animals without need or as a form of fun, Zapam-Zucum steals their children in retaliation and never again returns them.

Others say there have been episodes where he has faced certain men he trapped between his breasts.This version argues that the woman is very huge and that, between the middle of her breasts, up to two men would fit together. Then he takes them on an unknown course and disappears.

Also in the woods he cares for the fires that the shepherds leave in their camps to find them when they return tired at dusk and, in turn, ignites them to orient with their smoke to those who have been lost.

Version of a Catamarca native

“Zapam-Zucum is a dark-skinned woman, gigantic and horribly ugly, with huge and hanging breasts, who surprises the shepherds and collectors of the carob pods during the breaks they make under them. He announces his presence with cries that mimic the noise that their breasts make when they collide with each other as he walks, and his greatest fun is to catch between their breasts all who are not fast enough to escape, and take them with an unknown direction, without anyone else seeing them again.”

Zapam Zucum is the mother and protector of children in need of care, and of trees; especially of all the carob trees and their fruits that it feeds so many poor people. Also, the locals of Vichigasta say that this woman likes simple parties that are celebrated under the trees. It punishes only those who cut green carob by preventing it from flowering and bearing fruit, and those who cut trees or kill animals in the spirit of doing evil.

You will say that this is only a legend, but the truth is that there is a story of a Mendoza who owns the  Bodega Lorca  and has told that he has been in Vichigasta in 2018 in search of the best terroir for his own organic wine project. He arrived at a farm in the west of the province, which he wanted to tour delighted by its climate, soil and fruit, and he did it along with a companion from the place.

While touring the area, Mendocino  Mauricio Lorca  began to hear sounds similar to many jingle bells and became increasingly intense. He didn't give them much importance, but when he reached the exit, when he was about to leave the trail between the vineyards, he heard a chilling cry from a woman coming from afar. He was shocked, and his walking partner, laughing, said, “Quiet, it's Zapam Zucum who protects our  fruits .”

From there, Lorca wanted to know more about this story, and then decided to honor it through her wines.