The legend of the Yasyyateré is impossible to ignore in Misiones. A story surrounded by raptions and mysteries in the schedule that many sleep. 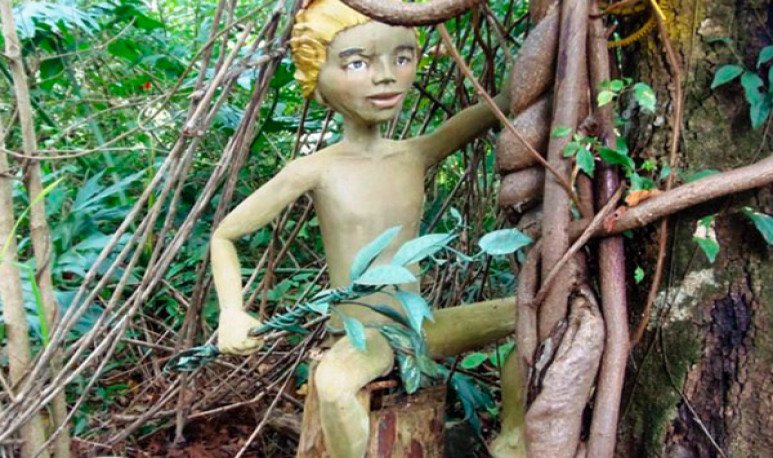 Yasy Yateré is called the genius of the  nap  . It is that he is loose during this part of the day, especially during the harvest season of corn, which he likes to eat. They portray him as a  blond child, naked, of great beauty, and with curls of the color of the sun . In turn, he carries a  golden cane  that he uses as a  magic wand  . Some argue that there lies the mysticism of its power of attraction and that it never leaves it. According to the story, the little one  lives in the  woods   and has a  whistle  with which he  imitates the song of a   bird .

In real life, the bird is a friend of the  mountain  who sleeps on the top of the trees . It also has a very elusive personality and presents a foliage of various colors, starting with its characteristic white breast. In addition, he likes loneliness and feeds on insects. Although there are many particularities that govern it, it stands out for not building its own nests. On the contrary, it lays its eggs in foreign places, both open and closed. If we want to see it, all we have to do is approach with time and silence, while we let its sound guide us.

Returning to Yasy Yateré,  the legend narrates that he likes to attract the youngest with the whistle or touching them with his cane . Also circulates the version that he is a  ventriloquist , and that is how he catches his attention. Thus, he  kidnaps them and takes them to the forest  where he holds them for some time. Then he feeds them with wild honey and fruits, while he is engaged in playing with them for a while. Finally, he releases them or leaves them entangled. However, by that time they have already become  fools, idiots, dumb or deaf mutes . A condition that would take a long time to recover from.

On the other hand, it is rumored that the leprechaun of naps kisses the children in the mouth as a sign of affection. That would be when these fearful and unwanted consequences happen. Although when he loses his belongings he would become harmless  by the absence of his magical powers. To achieve this, they indicate that it is necessary to  intoxicate him because he likes to drink a lot. In this way, it will open up the possibility of staying with the famous cane and whistle that magnify it.

In some places, people believe that on the  anniversary of the abduction  by Yasy Yateré the boy has a seizure. Even  myths  go a lot further. One of them claims that, in order to win the friendship of the mysterious character, you have  to leave traces of tobacco . The recommended places are around the house or on the entrance paths to the forest. This is a custom that has already become a popular ritual of the red  earth  .

“ Don't go out to the nap that Yasy Yateré can take you” , you hear the mothers and grandmothers outline. Then, the story is commonly used  to frighten children  from escaping homes. In the same way that happens with the story of the lapel in Entre Ríos. Another case is that of the stock market man, who takes life in every family in the country, those little pious lies or stories they told us in childhood and gave us so much terror.  While we don't have accurate statistics, we can say that fear left us obedient and anchored to bed .