We invite you to discover the story of a fantastic creature that frightens the mountains and lives in the legends of the province of Formosa. 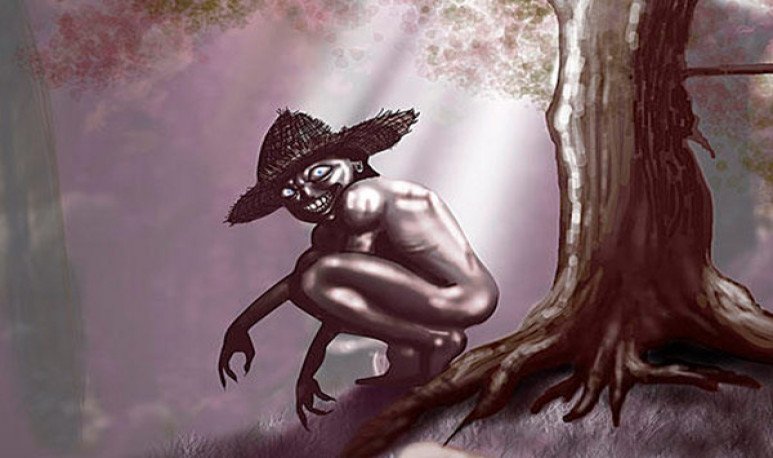 Yasy Yareté  is part of  old legends  of  Guarani culture.  He has been pointed out as responsible for abductions, disappearances and even death. It is said that the children he abducts are held next to him for months and feeds them with honey and fruit. The outcomes can be diverse, while the luckiest ones are returned to their parents, those who run worse luck may appear among the creepers of the mountains or drowned in the streams.

For locals  this is an  unpeaceful creature  , a kind of elf that not only focuses your perverse attention on children: it also attacks women and adults. He is often attracted by noise, music, and they say that he has the power to bewitch those who meet him with the sole purpose of taking them to their hiding place.

There are those who seek their care and protection and for this they offer different offerings such as cigars that are placed at the entrance of the path to the mountain. In this way,  the creature will take care of the plantations and animals preventing bad things from happening to him.

A feature that differentiates this creature from other fantastic beings is its appearance, since it  does not have a terrifying appearance.  On the contrary, its appearance resembles that of a small child, so they  could confuse him with a young human.  There are those who argue that this would be the main reason why the youngest people follow it.

Of small height and golden hair, he has a whistle that is believed to be able to communicate with birds and a magic cane that, if removed from them, loses its powers. The only way to avoid falling into the claws of yasy yaguareté is to be baptized. According to local people, he only seeks victims who have not been initiated in the Christian sacrament. Once they did, then he will stop chasing them.

Origins and mythology of Yasy Yaguareté

But where does this being come from? Together with the Pombero, Kurupí and  Lobizón  share a brotherhood kinship since they are all children of Keraná, who gave birth to these creepy beings after seven months of pregnancy. The father of all of them is Tau, another monster of Guarani mythology, who escaped with Kerana and both were cursed by the gods.

That terrible punishment fell on his seven sons who embodied monsters of Guarani  legends  , who were destined to wander the mountains. They say that  the children of these deities represent the evils that afflict people.  These are; pain, crying, fear, hunger, sickness, thirst and finally death.

Many people reported seeing the creature in the mountains and there are even those who claim to have been kidnapped. But the truth is that  the story was used by mothers to scare children and prevent them from hurting some birds . It was also a way of forbidding mischief because the yasy yaguareté could come and invoke a strong punishment. I mean, a myth became a form of social control.

So many parents and grandparents could make sure the little ones in the house take their nap instead of wanting to go out and play. True or not,  the creature has a close bond with Guaraní beliefs and is part of the collective formoseño imaginary , which respects the extent of the mountain and the beings that inhabit there.