Home People Urban Legends Where is the center of Argentina?

A legend and thousands of tourists deceived. We tell you the truth about the geographical center of Argentina that... moved from place? 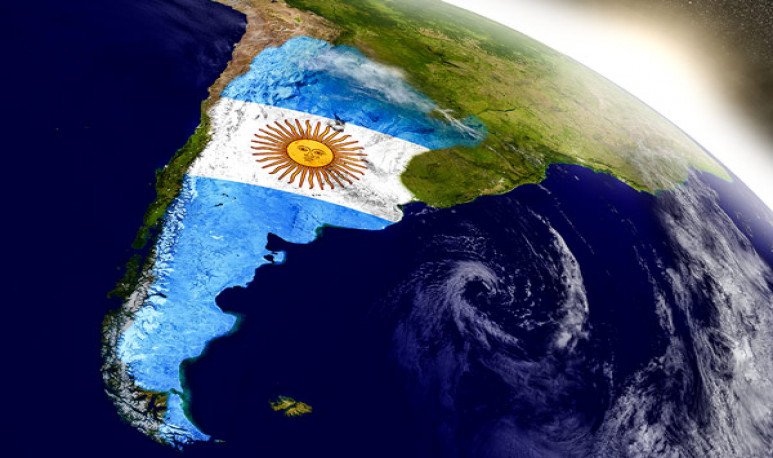 The lands of Cordoba are  the source of legends  and stories. Its landscapes tell us thousands of different versions about the same fact. This is what happened with  a monument built over 100 years ago in the town of San Roque , which is located just 13 kilometers from Carlos Paz. It is one of the postas located in  one of the tourist circuits most traveled by visitors who arrive to Carlos Paz .

On the way of the 100 curves, it leads to the wall of the San Roque dam where you can see the wedding tail and enjoy handicrafts and  regional food walks. Right there is  the famous funnel, which functions as a landfill of the reservoir . This walk extends to the Federal Square, located in the commune of San Roque, a space that has a set of masts of 8 meters high  that let the flag of each of the provinces that make up our country flame. A top mast with the Argentine flag. This square was consolidated as a federal icon and around the monument that is located in his heart  several stories were created ...

The birth of a legend

This square, located just 5 kilometers from the dam,  was built in 2000.  It was planned to become a tourist spot that would accompany the renowned   “Monolith of the center of the country”   that is next to it, on the side of San Roque. Around this iconic point  legends and myths were built that deceived thousands of tourists.   Since visitors  arrived with the desire to know the geographical center of the country and the local guides accompanied this illusion. These tourism professionals said: “ On your left you will be able to observe the monolith that demarcate the geographical center of the country.”  But today that story  no longer exists...

Popular belief indicates that at that point is the geographical center of Argentina  and that is why a monolith was placed there indicating the presence of this important point. But things happened...

In 1892, just 6 years after  the construction of the first San Roque dam was completed, it was decided to build  a huge 6 metre high pedestal  that would serve to hold a huge sculpture. It was a  monument to Christopher Columbus that the Spanish government would give to Cordoba as part of  the celebrations of the 400 years of the sailor's arrival in American lands.  “ However, the statue never arrived and the pedestal was left without statue,”  clarifies experienced tour guide Elizabeth Bocca. Faced with this change of plans,  new meanings emerged around the monument.

A monument without statue

One of the versions about this geographical center was thought by the writer Hernán Lanvers.   Who attributes the origin of this myth to the tourist guides of the time, known as Cicerones. Lanvers tells that these, tired of explaining why there was  a monument to Columbus without a statue,  created a new story: they began to identify it as the  landmark of the center of the country.  at  a key tourist point.    The story was so deep  in the collective imaginary that it worked as  an unquestionable truth.

And where is the center?

But local tourism guide Elizabeth Bocca tells the media its true origin:   “Nothing further from reality than that.   The information we have is that it is the basis of a monument that was truncated and that was to be donated by the Spanish government when the 400th anniversary of the discovery of America was over 400 years. It was done at the same time as Plaza España  in the capital of Cordoba ,” he explains.

Bocca, with knowledge of the situation, explains  that it is impossible for the center of Argentina to be there:   “To speak with property,  the geographical center of the country is located in the town of Villa Nueva, in the south of Córdoba,  if we do not count the insular part”.  And he clarifies:  “If we count the island territory of Argentina, it is in the town of Quemú Quemú, in La Pampa.   So as much as we would like, we don't have in San Roque the center of the country.”  Although this guide assures that this myth was the result of a popular belief and not the invention of tourist guides.

Another myth about the arrival of the statue is that although it had to reach Cordoba, it was stranded in the Port of Buenos Aires.   In theory, that sculpture would be the one that was finally placed behind the Rosada house and remained until 2013. But  Bocca also claims that this is  another urban myth ...