Home People Urban Legends Where did Entre Rios come from?

A legend sweetens our eyes. The true story of Entre Rios forces you to bend your head down. Who's right? Make your own conclusions. 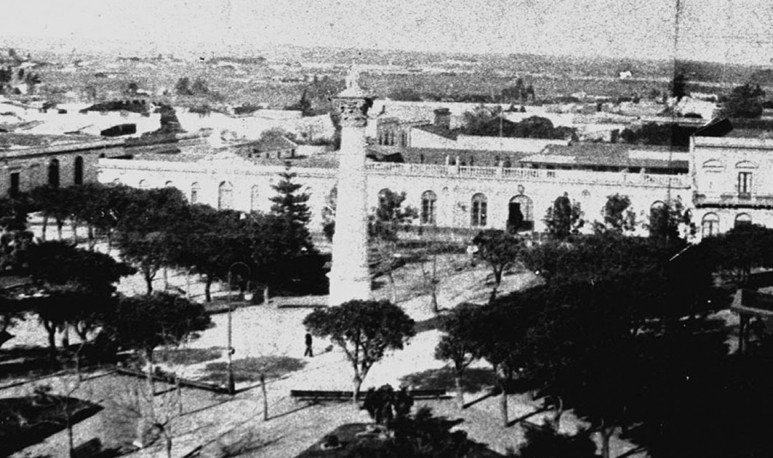 Entre Rios is beautiful wherever you look at it. When we look at the medallite  map  embraced by two wonderful rivers, it is logical to conclude that the province is a gift. God's? From nature? Go one to know. The truth is that in the end it's a gift.  And, as the saying goes, “a gift horse does not look at your teeth.”

The history of Entre Rios seems to confirm this natural or magical origin of the territory.  One of the first Spaniards to arrive called it “the best province in this America”.   On the other hand, legend invites you to forget about so many questions and enjoy this “majestic abode”.

The oldest  legend  tells that the Almighty Creator had already brought the highlands to emerge. But, by evenly distributing his gifts, he was disturbed by a concern. I didn't know where to locate a large flock of birds wandering through the sky. Then, vigilante as he was, he called his two brothers, the kind geniuses of the  Paraná  and Uruguay rivers. And he said,  “Friends, we need to create a  place  for birds to be happy.”  And the brothers put down to work. The rivers, the sun and the Creator worked whole days. In the end, the miracle occurred: the province of  Entre Rios , with its beautiful meadows and extensive low mountains. The younger brother, the Uruguay River, fond of his friends the Urus, listened to his request and brought the men to live there. Thank you for the gift, gentlemen Urus! And, colorin, colorado, today everyone lives happily.

More I want to have donkey than horse as a gift

In front of a glass with half water, some see it half empty and others half full. The “half full” are those of the legend. But what do the “half empty” say? Looking at the natural territory of Entre Ríos, you see nothing natural there. What you see are centuries and centuries of conquests and spoils. What today is a beautiful natural boundary, before, they say, was a river that united indigenous regions.  The “half empty” warn about the origin of the gift received by the  Entrerrians . That present had an owner before!   They were the native peoples of the region.

The issue is a focus of debate in all regions of the world. Today no one can ignore that the beautiful gifts of  nature  had a somewhat rough origin. What does that mean? What a gift horse does not look at his teeth? Or is it better to have a donkey than horse as a gift?

Some data from Entre Ríos

It is located in the centerwestern region of the country, is geographically part of Mesopotamia and politically integrates the Central Region, along with the Provinces of Córdoba and Santa Fe. It has two climatic varieties: subtropical without dry season to the North (with mild winters and summers with average temperatures above 26ºC) and humid temperate from plain to the South (with average temperature winters between 7 and 10° C., and in summer, oscillating between 19ºC and 23ºC).

What is a legend?

A legend is a story that can have fantastic or wonderful elements. It usually has a more or less recognizable historical base, which, unlike myth, gives it a certain likelihood. Their characters are real or based on real characters. They are transmitted orally or in writing through generations. The time and space in which events occur can usually be placed concretely.