Home People Urban Legends What were the miners in Sierra Grande afraid of?

Popular belief says that a dwarf roamed — and still does — through the tunnels of the Sierra Grande mine. 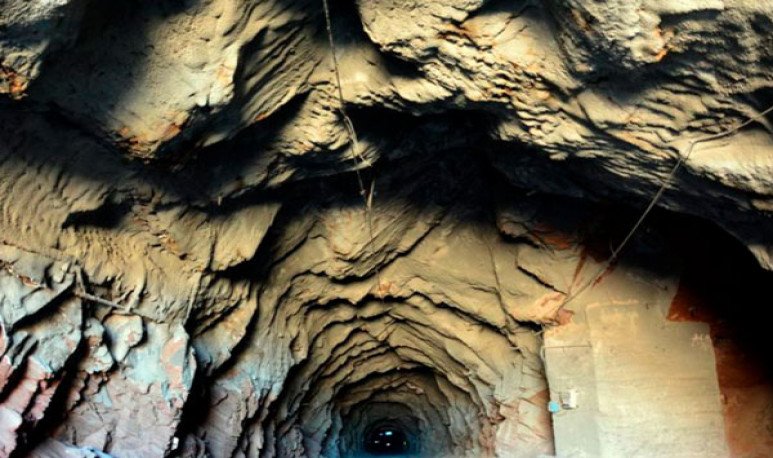 The town of  Sierra Grande , southeast of the province of  Río Negro , was an important productive center of the country, given that there  was the the largest iron in South America , which employed more than 500 workers.

The golden years of  mining  activity passed. The drastic fall in the price of that metal and the change in state policies led to the  closure of the firm , but still remains in the social imaginary the presence of a being between diabolical and joker through the tunnels of the deposit:  the dwarf of the iron mine .

No one could ever prove its existence, but the opposite has not been proven either.One of the   beliefs   of workers, which are similar in this productive sector in different parts of the continent, is that a dwarf who circulates — yes, circulates because it is believed that today; and continues to wandering— by the mine was the cause of any misfortune, big or small, suffered by any of the miners.

It would be because they invaded their home, because of what they did to the earth. It is not known, but every time a miner dropped his protective helmet, the fact was attributed to a dwarf action. The same would happen if a worker fell, got disoriented and faced for a wrong tunnel or any kind of inconvenience he might suffer. It was all the work of the small inhabitant of the mine who took revenge for man's interference, in order to frighten them from leaving their house forever.

That is why, before entering, the workers took off their helmet in a sign of respect and asked the image of  Santa Barbara  at the entrance and Mother Earth to protect them. The memorials say that the prayer was for both because they believed that the first interceded for them before the second, and that the latter listened to the request and protected them from the dwarf, who continued in his attempt to remove them from his reign.

In 1991, the deposit ceased to be exploited due to the closure of the firm carrying out the shares. Sierra Grande continued to survive as it could and found the tourist vein with the  Journey to the Center of the Earth , in which tourists can visit the caves accompanied by a guide and relive what was the most important site in this part of the world.

Even in this context it is that tourists who venture through the mine must do the ritual that the workers did so that Santa Barbara, the protector of the miners, and Mother Earth help them get out of the walk unharmed.

Who is Santa Barbara?

Santa Barbara is the protector of the miners. Its origin has nothing to do with the  city of  Rionegrin   or  Patagonia , and she is the patron saint not only of mine workers, but her devotion is shared by other workers such as gunners or smelters.

The story tells that, born in the third century, Santa Barbara rejected the beliefs of Dioschorus, his father, for pagan idols and converted to Christianity. Intruded with anger, he captured her, tortured her and killed her by slaughting her on a mountain on the sunny  4th of December, the day she is honored.

Moments after his crime, Dioschorus was struck by lightning that struck him and killed him on the spot, even though it was a sunny day, there was no clouds or the arrival of a storm.

Prayers to Santa Barbara are, then, to avoid an unforeseen death.

Mines of Wanda, the jewellery of Misiones