The neighbors of La Paz no longer knew what to do with such drought. They worshipped St. Vincent and the water miracle was done. It rained long and long. 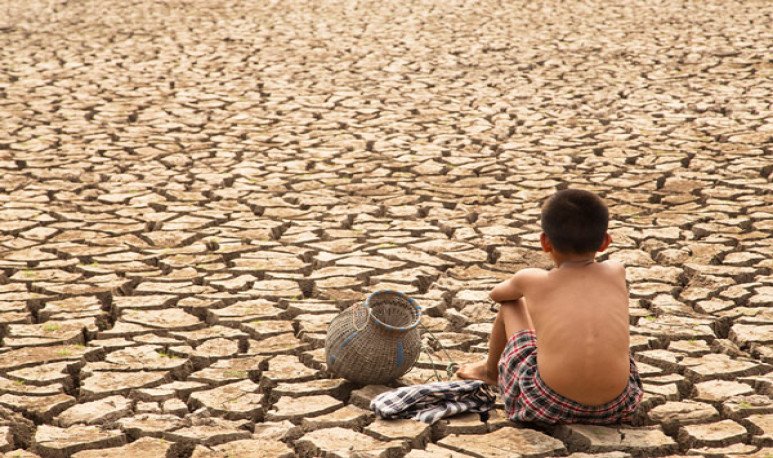 Mendoza, dry land. Tired of writing it on this site. However, the public and the readers are renewed. That is why it is always necessary to remember that  Mendoza is arid land par excellence and that only 4% of its surface is cultivated.  The rest is uncultivated land. It's dry and hard. It's useless, agricultural speaking. That's why  water is such a precious asset here.

But the situation experienced by the neighbors of the department of La Paz was extreme.  So many days without raining, combined with very high temperatures  (somewhat atypical for the time of year), made that land a real hell. And, as such, nothing better than to worship and pay tribute to a saint to try to reverse the situation. They did it and the water came. Moderate but enough rain brought some relief in the area.  This is not a   legend of ghosts   or spirits. This is the reality. The point is: did it rain because the neighbors placed the order to Saint Vincent, or was it a coincidence? ”

A few Sundays ago, in the afternoon, the residents of La Paz gave 20 cuecas and 20 cats to San Vicente to end the drought, and at 23 it rained. It's like that.  At 18, some neighbors of this town, located 133 kilometers east of Mendoza City, gathered to ask San Vicente and Santa Ana to rain in the countryside and end months of drought. According to the rite, 20 cuecas and 20 cats danced. At 23.30, a storm came and discharged heavily in some areas of the department,  so strong that it deserved a hail fight plane to fly over the region preemptively. Myth?, no. This happened. It's factual. There was a ritual and the rain fell.

The festivities of San Vicente are traditional in the rural area of La Paz and the surrounding area.In normal times, the stareros usually gather to roast some goat, guitar and dance 20 cuecas and 20 cats in honor of the saint, asking him to rain in the  countryside .  These meetings usually last several days.

This year, the Economic, Social and Livestock Chamber of La Paz, on the  proposal of a group of stareros in the area, decided to organize the “Auto San Vicente” party  at the Juan Domingo Perón Stadium, in the capital town. Under the auspices of the Municipality and with  the agreement that the attendees would not get out of their cars to comply with the protocols in force by the pandemic, an artistic show was performed with live musicians and the 20 cuecas and 20 cats promised to San Vicente and also to Santa Ana were danced, for them to do the miracle of rain.

And the rogative worked.The official report of the Department of Climate Contingencies, which even cleared a Hail Fighter plane that flew over the area preemptively, indicates that there was “moderate to intense rain” in the sectors of “La Paz, north and south of Desaguadero”, in fields without crops, between 22.30 on Sunday and 1.26 on Monday.

It is important to note that, in this area, the drought has been very large.In two years only 80 millimeters have fallen in the area and, although the storm did not reverse the situation, it was a  relief .