Lucecita, as Thomas Godoy Cruz's wife was known, fell in love with her son-in-law. But since he married his daughter, he killed him. 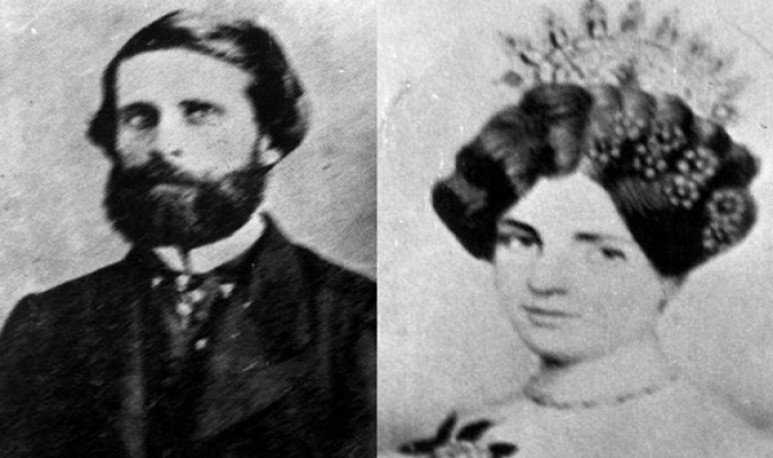 Tomás Godoy Cruz was governor of Mendoza between 1820 and 1822 . He is a politician remembered and renowned in our society, about to name one of the most important departments in the province. However, his life was marked by a bloody murder that occurred in his most intimate circle. His wife killed his son-in-law. Of course, Tomás Godoy Cruz does not have much to do with this story, but we must mention it for the fact that he was a public and important figure.

It was  in 1851 that a German named Federico Mayer made a trip to Chile  in order to settle there for a few months. But his trip had a different destination and, after crossing the Cordillera, he stayed in Mendoza. On his arrival to our land, on the recommendation of acquaintances, he went to the home of Tomás Godoy Cruz, a former governor and famous man of the time.

Over time, the traveler decided to stay.  The archives tell that he liked the place, people treated it very well and loved to walk around the  Alameda and have coffee  . There was never a missing invitation to the young foreigner to the gatherings and dancing in the small village. And, precisely, the most spectacular dances were those performed by Doña Luz Sosa de Godoy Cruz, the wife of the old patriot from Mendoza, the murderer.

Doña Luz was a young and beautiful woman, temperamental and authoritarian . They say that he dominated Don Tomás and his whole family at ease, both from the affective and from the economic and material.

It was in one of the many dances that were organized in Lucecita's house, where Federico Mayer met Aurelia, one of the daughters of the marriage of Doña Luz and Don Tomás Godoy Cruz.

Frederick was a very attractive man : tall, celestial eyes, of Saxon origin. His bearing impacted many Mendoza who met him, especially  Aurelia, who gave him his love immediately. But there was another person who had also fallen in love with him, and she was the mother of the young woman, Dona Luz.

Shortly after dating, Frederick and Aurelia got married. But the happiness of the new marriage lasted very little, as the contempt of the Godoy Cruz family, especially Dona Luz, did not wait.  The maximum point of tension led Dona Luz to pressure her daughter to choose between her mother and her husband. But Aurelia chose her husband,  who offered her to go spend a few days in Santiago, Chile, waiting for things to settle.

However, completely ignoring Doña Luz's crush on her son-in-law Frederick, Tomás Godoy Cruz begged Aurelia to return because they missed them. Something that the marriage quickly fulfilled.

One hot  night in March 1853, Frederick and Aurelia went out for dinner in the house of some friends and decided to walk down a somewhat darker street. Suddenly, two men came out of nowhere and ended Federico's life. A couple of blows and two shots, one in the head and one in the chest, were enough to end the life of an innocent person.   Aurelia shouted and asked for help, but it was in vain. Mayer died within a few seconds, he bled out.

After a while the police caught the murderers, Esteban and Martiniano Sambrano, as they tried to escape to Chile. The suspects confessed after they  had been paid by Mrs. Luz Sosa of Godoy Cruz to commit the horrendous crime. She was immediately called, and she pleaded guilty to those facts.

A month and a half of that same year, Judge Palma handed down the sentence against the murderers of Dr. Federico Mayer Arnold. The brothers Sambrano and Luz Sosa were  sentenced to death for firing.

When everything presumed that Judge Palma's sentence was irrevocable, he was unexpectedly appealed and a court  commuted the Sambranos death sentence to ten years in prison . Luz Sosa was revoked and a fine of two thousand pesos was imposed for the construction of the prison. Once the fine was cancelled, Luz Sosa, widow of Godoy Cruz, was released. She died in the earthquake of March 20, 1861.