Home People Urban Legends The woman from the curve of Guido

It signals you to the side of the route, climbs into your vehicle and disappears. That's the woman from Guido's curve. Would you take her? 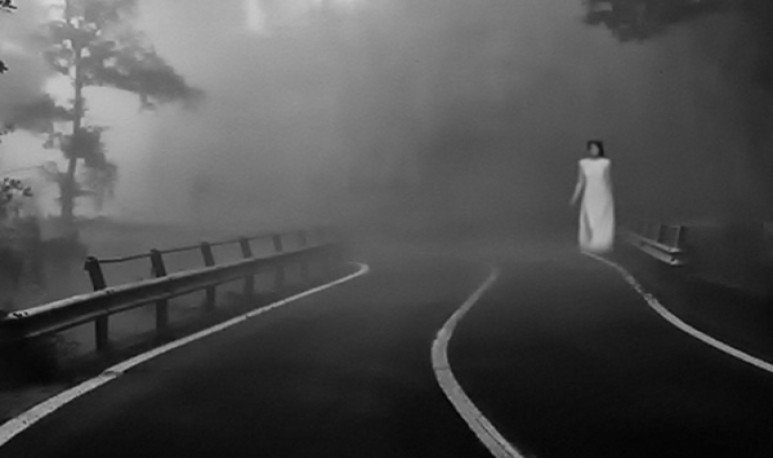 Maybe the story is familiar to more than one. You may have heard her tell, in different versions, by different mouths, but all sharing the same sinister dye. Around the world there are many variables or theories about the  true history  of the woman of the curve. Videos and photographs document each of those anecdotes. There are evidence, witnesses — whether they are suggestions or realities, that's to decide later. And at some point, it looks like the legend of the  headless rider, which also has different different versions of the headless rider . uacute; n the country or region in which we are.

In Europe, there are many stories about it. In all, the victims are cars or trucks. Although, being a legend that has come from past  centuries  , once the woman from the curve also stopped carriages and carts. In some cases, they claim you're wearing white. He's said he was going to his marriage when he lost his life.

However, here we take care of the Mendoza version. The stage is Route 7 and Guido's dreaded curve. It is located on kilometer 1,115 of that road. Private truckers and motorists claim to have had contact with the mysterious “woman in white”.

Taking the common factors among so many versions that those who have traveled that area tell, we can conclude the following story.

Many years ago, in the fatal curve of Guido, a woman suffered the tragic fate of losing her life. Without further details, it is known that she was a middle-aged girl and she was dressed in white. Where was it going, where, why, how, are factors we ignore. From that event, many people claim that, currently, 2 or 3 kilometers before reaching the Guido curve, a normal looking woman appears on the side of the route and signs to be taken. With his innocent and common appearance, he manages not to arouse any suspicion in the prejudiced minds of motorists. So these brake and give rise to it in their vehicles. A pleasant talk begins and, in a moment, it happens. The girl confesses, “That curve that comes now is where I died.” Whoever drives is stunned. Turn back or to the side to look at the woman, but it's too late: she has disappeared. Dismay is such that the person loses control of the vehicle and dies. In this way, she accompanies her in her funeral destination.

But for this story to be known, there must be survivors. That is why it is necessary to tell that there is another version that says that the woman on the curve is good. That, when he got into the vehicle, he tells us that the next curve is very dangerous, just as long as she died there herself. Instantly, it disappears, but fulfills the goal of saving the life of the person driving.

When you walk along the beautiful route 7 in the  high mountain , be attentive. The woman from Guido's curve may appear to ask you for help. Are you going to bring her up?

The inhospitable of the high mountain routes, walking these roads at night and the gloomy appearance of some of its villages makes this a perfect setting to run the rumor or theories of different urban legends. In addition to the woman of the curve, this area of Mendoza houses the story of the headless rider (Mendoza version), the weeping, the ghost of  Aconcagua , phantasmagoric appearances in Puente del Inca and all the that the villagers have to tell if we start talking to them. Because, that's for sure, everyone says they've ever experienced a paranormal situation.