Home People Urban Legends The Woman of the Angelito

We tell you the dark story of the woman of the angel, a famous spectrum in the neighborhoods of Cordoba that inspires fear for years immemorial... 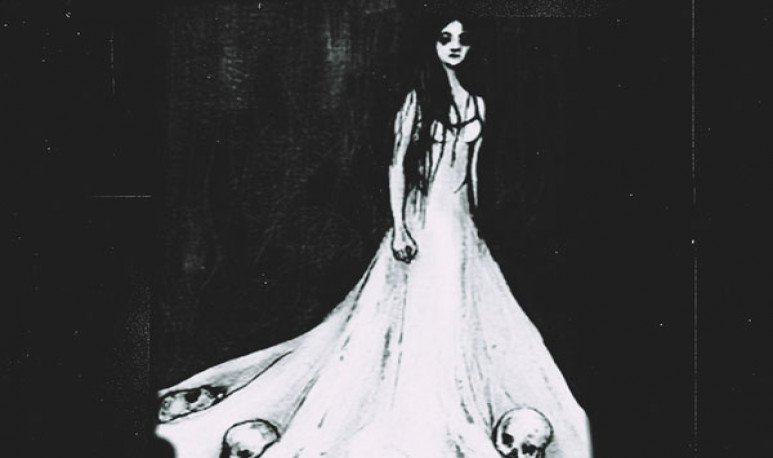 This is a Cordovan myth that is located in the neighborhood of Alta Córdoba.  To locate us geographically, the city center and the traditional neighborhood of Alta Cordoba are  connected by Avenida Roque Sáenz Peña  .  Towards the end of this avenue,  where the route ends, almost reaching the center, there is a rather steep slope . For many it is the “Sáenz Peña descent”. For others, adepts and connoisseurs of urban legends, the name is another:  “the descent of the Angelito”.  And  it alludes to one of the most frightening and frightening episodes in Cordovan history.

The legend goes back to Cordoba in the late 1800s and early 1900s. At the time, public transport  consisted of horse-drawn tram cars and motley carriages . The coachmen were walking  from one side to the other, from here to there. Fearless and fearless, they knew every corner of the city. But there was a fact that had them tormented...

The image of terror

On taking the Sáenz Peña descent, it was very common to  meet at night a woman dressed in mourning  who walked along the rails of the tram with  her face covered carrying in her arms a small white coffin  on which a candlestick with bait candles was seen. A postcard for nothing friendly. These appearances had  such an impact  on the neighborhood that even had a  direct influence on traffic in the region.  At some times all traffic was suspended,  especially during winter nights . Even the cars and trams did not drive down the descent at night and, if they did, they  made sure they were well accompanied.

“Angelito” was a term called  a deceased baby or very young child . The wake was a  traditional festive celebration  in the 19th century Cordoba, hence the name of the spectrum.The mourning mother with her little angel disappeared back in 1905,  when the 13th Artillery Regiment  was installed in the area. You never knew why. Some estimate that because of the stir and activity that aroused the regiment. Others, that  the woman in black did not like the military . But he continued to talk about it  for a long time and looked with suspicion at the tram tracks on those cold winter nights.

In the words of Azor Grimaut

“ The railway viaduct, at night, looked like a huge endless yawn.  On both sides of the descent, the courts of the two large ravines of greda and red sand were erected like walls. The traffic of vehicles, especially after 11 at night, was not abundant, although from late to late the feeling  that it was trying to start , when the horse tram, more popularly known as “ the wagon”, laboriously, due to the exhaustion of the beasts, began its ascent towards the north. Mayorals and coachmen spread  the version (of the Woman of the Angel),  which never ceases to worry deeply the superstitious, that, upon returning,  always on the last trip when no one -apart from them- occupied the vehicle, appeared, running  through the terrain between the rails, in front of the horses,  a woman in a dark suit - perhaps black -, carrying in her arms a little angel's funeral drawer...”

Azor Grimaut, The goblins of Cordoba

But it is not only a topic of wide literary possibilities . This is the story collected from  many voices that find words in the pen of only one writer: Azor Grimaut. He had the ability to listen to the speeches that circulated around these  spectra that frightened the gait of all Cordoban passers-by.  And that, even many years after their disappearance,  they continue to echo and cause fear in everyone who is encouraged to name them. The woman of the angel joins the  extensive list of Cordoba spectra.  It is next to La Pelada de la Cañada, the ghost of the TAMSE and  many other presences  that eventually  became part of the popular imaginary.