Amancay was willing to die to save Quintral's life. 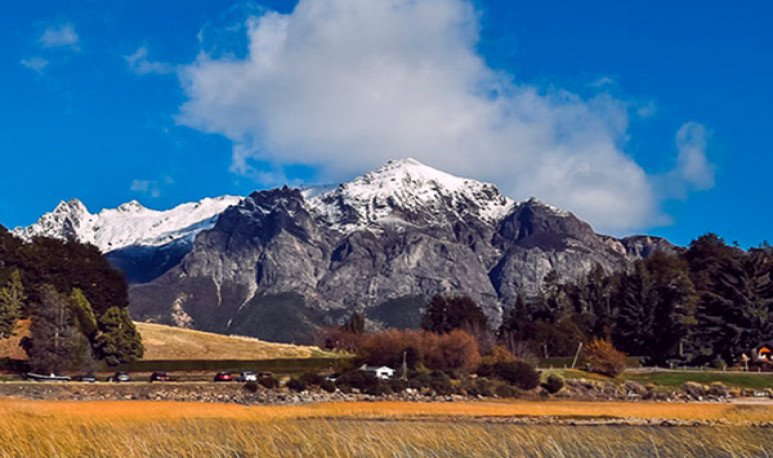 In the area of Ten-Ten Mahuida, today known as  Cerro Tronador , about 30 kilometers from today's tourist city of   Bariloche , in  Rio Negro , inhabited the Vuriloche tribe, whose name would be a positive deformation for the current denomication of this region.

Quintral was the son of the chieftain of the tribe.   For his courage and strength, he was admired by young women, but one of them also felt a deep love for him:  Amancay  , it was his name, but his humble condition prevented him from looking at her, not even imagining that possibility. However, on the contrary,  Quintral felt that his heart was inflamed every time he saw it and was close.   She knew her father, the chieftain, would never accept him to marshal her.

One day, several members of the tribe became ill and died because of it: the epidemic spread rapidly and Quintral, too, fell into it. The healthy, those who had not yet been infected, began to leave the community to get away from the evil spirits that were decimating their people.

Quintral, sick with  fever  and delirium, did not stop pronouncing the name of the brown-skinned girl: Amancay, Amancay.  His father consulted the counselor and he told him the secret and deep love of both young men; after that knowledge and seeing the poor condition of his son, he entrusted his best warriors to look for the girl. Because not even all the sorcers' efforts to improve it were useful.

Amancay was already aware of the state of her beloved, and that is why she consulted a machi (a sorceress), who told her the secret  for Quintral to recover: she had to prepare an  infusion  with a yellow flower that grew up at the summit of Lolol Mahuida.  However, the sorceress warned him of the dangers his life ran if he performed it. Still, Amancay's love for Quintral was so strong that the climb began.

It wasn't easy, he put all his effort to find her. Finally he managed to reach the top of the mountain and found the beautiful flower but did not notice anything: a large   condor   watched it from the heights, as controlling every step and action that performed.

Happy to accomplish his task, at the foot of a beautiful waterfall, he saw how the animal perched before it and demanded him to abandon the yellow flower: Amancay first apologized for taking that flower that belonged to the gods, and explained to her the situation of her dear Quintral. However, the condor did not give his arm to twist and proposed that he leave his heart. She agreed, because if she didn't have anyone to love, why would she still have it? The young woman knelt and felt how the beak of the bird opened her chest looking for her heart: she kept pronouncing the name of her beloved.

So it was that the imposing animal took flight to its abode, with the heart of the lover among its claws. In its wake, red drops dyed the path and the flowers. Once he reached his destination, the condor pleaded that they would allow him to bring the cure to Quintral and, moreover, that the sacrifice of the brown-skinned girl should not be forgotten. Both petitions were granted.

From each drop of blood was born a yellow flower with red drops on its petals, becoming a symbol of unconditional love.  Since that day, it is said that who gives a flower of Amancay to a loved one, symbolically performs the delivery of his heart.