Home People Urban Legends The stone of lovers of love

Paris has to its romance locks and Mercedes to the Piedra Itá Pucú. A legend that Correntino lovers do not want to miss. 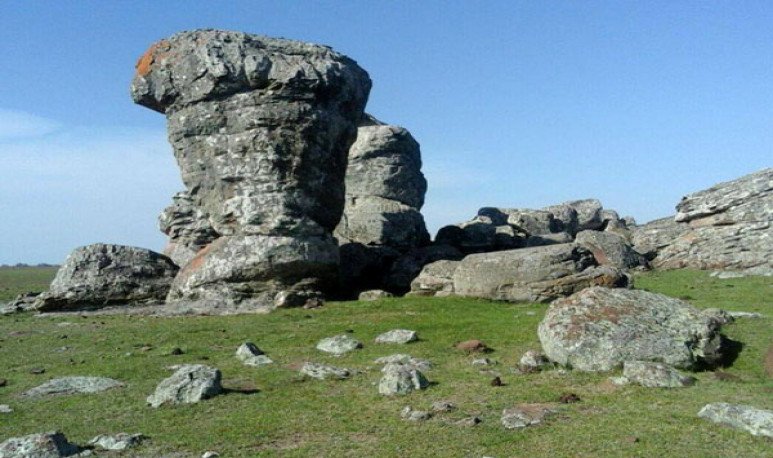 Where there is love, one buys . And when there is heartbreak or suffering,  too . We are a distant link from Shakespeare's family who still finds  poetry  in Romeo and Juliet. Although we can add to the  Hollywood  culture if  we don't intend to go that far. In this sense, the  Correntino town  of  Mercedes  can make a film production on a  stone   and what it generates in  couples  . It is  Itá Pucú , a  natural   monument  located  40 kilometers from the  village  and over a stream that has the same name. However,  its beauty and contexture  are not the main motifs that attract visitors. On the contrary, it is an  ancient story  that encompasses  two young people  .

What does he tell us?

It all starts with a girl named  Mirí , who was madly in love with  Itá . It is said that every sunset, after finishing his tasks (very responsible), the latter was headed to the canaveral near the lake. I was doing it because Miri's hut was installed there. She, on her side, was always firm  waiting for him . Many times he did it  sadly  because of a  pain  that was silent. But he was never interested in knowing the reasons.

Until one day came when the boy  disappeared abruptly  without giving any explanation. In the meantime, she kept waiting for him... this time  in vain . However, he believed that something serious could have happened to him and  went on his search . In this way, he went to this house, to the tribe that inhabited, and even to other regions. Zero answers. Desperately he came back and, when he thought he would never see him again, he finally  found him . Itá was in the same place all the time, but now she  was doing it with another woman .

Miri came up and called him, but  he received no reply . Then, the young woman put a hand on her shoulder and he gave her a  look so cold  that it  devastated her  . At that moment, the girl said her name aloud and this became  a cold and hard stone . It's said it was Miri's miracle. Of his tenderness and his suffering. From there, Itá stood firm and high in the place. And the word Pucú is added to it, which in  Guarani  means upright, hard or cold. Today it is seen surrounded by lower rocks reminiscent of the  girl's heart .

Lots of legend turning around

Many lovers reach the place and leave a pebble on top of the monument . They do it as a form of  love and mutual dedication . Likewise, the  ritua involves a  request for eternal happiness . In fact, a few years ago a couple  married  Itá Pucú and the news went viral. It was the  first marriage  made in the natural place. Surely many more will want to continue with the idea. We all need to hold on to something to believe in and today's lovers are no exception. Anyway, the important thing to mention here is that, apparently, the phenomenon of ghosting comes from centuries ago.