A mystical, mysterious, hidden and novel place is hidden in a region of the province of wine, semites and sun. This is a Church with a thousand secrets that we tell you in this note. 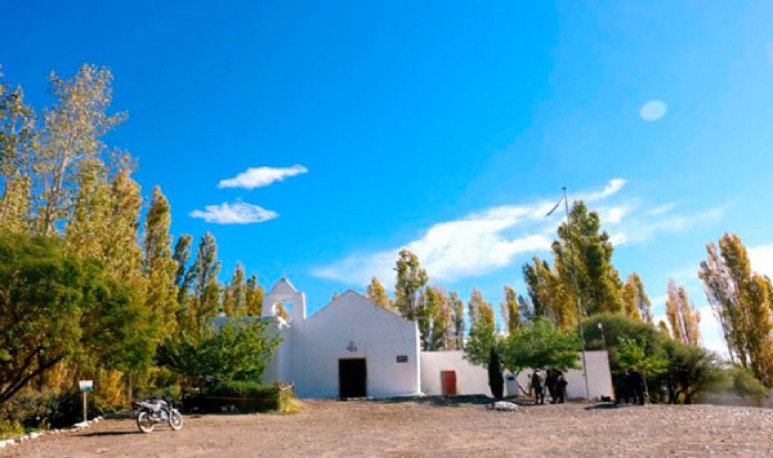 Achango is a town   belonging to the department of Iglesia,  San Juan. This place is  stagnant in time, and offers its visitors a different experience. In this place, there is  the oldest parish in the province,  which resists with  a mystery of never unveiling. From there, the story that  Virgen del Carmen de Achango witnessed the passage of Comandante Cabot's troops in 1817.  Coincidentally, this virgentite is the patron saint of the army and also of the prison officers. Therefore, his image is embodied in the chapel and the legend repeats itself again and again  so as not to forget.

The chapel was  built by the Jesuits in 1655 and rebuilt in 1787.  It has  ground floor, but is covered by carpets. So that the land is not volatile,  the Jesuits compacted it with cattle blood.  Other key to its design was  to overturn the walls with manure.    Among the special mystique , the whispering of the wind and the different colors that the San Juanino sky gives, there is  a ladder of adobe.  From there you can get a stunning view of the small village of Achango. In addition, you can see two bells that resonate in the tranquility of the village that  keeps a mystery that no one dared to unveil.  Although the parish is humble, it  keeps a special mystique. 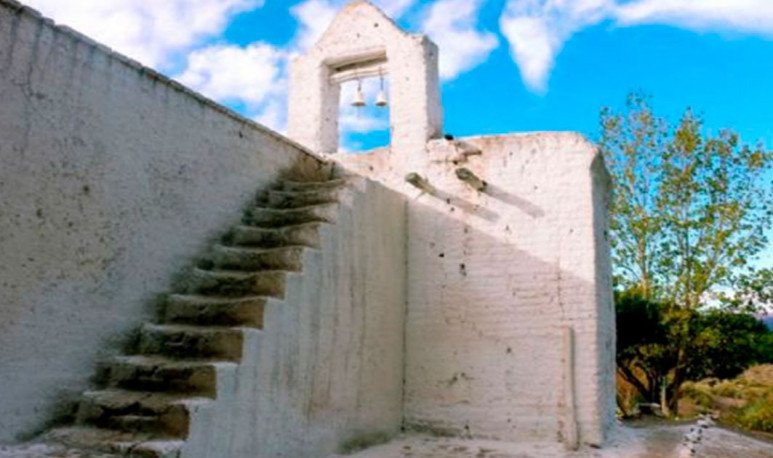 The small property has the cradle of mystery. This is a construction with adobe walls of one meter wide, which gave life to  a room without doors or windows.  This small building  became a secret chamber, from which  theories, myths and stories proliferate.  Nobody opened the door in  over 230 years.   You don't know what's hiding inside. Maybe there's a treasure, a corpse, a statue. Perhaps there is nothing at all or perhaps those walls will protect some  teaching written by the Jesuits  who  built the historical monument.

No one knows if there is anything inside,  nor can they imagine what it is that he can hide.  But there is a certainty, and it is that  the popular imaginary circulated several versions  about what may be  within this construction.

Of keys and promises

At this point, who became an  icon of the province  for its stories and legends,  people often deposit desires and dreams.     Thousands of keys hang on the branches of an abundant grove.   Each of them was hung by one of the visitors who stepped on the mystical village.  With each key, the door is opened  to a wish, to a request, to a thank you.

It was a Sanjuanina businesswoman who started the tradition.   Every year he keeps promises  in the parish, and one of those many years, it occurred to him to carry for the first time  a key with three wishes.  Shortly after the parishioners and the people who get to know the picturesque place  went on.  Thus, the Achango grove became  a place that keeps various desires and conveys hope.   “ Love,” “health,” “less pity,”  say some of the papelitos hung next to the keys. 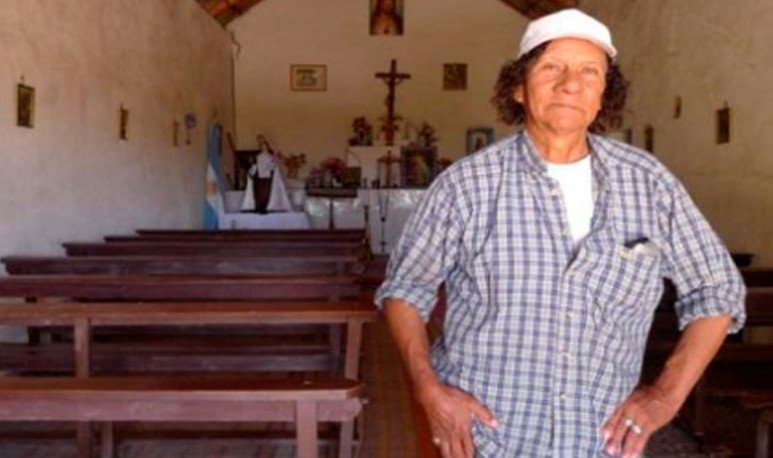 What the keys say

Among the most striking is one that  has been found for a long time,  as indicated by its yellowish color. He says,  “I don't want princes, I don't want a man by novel, I want a real love.”  Another,  hides a tragic story , and a desire for life: " I see my daughter shattered, hairless by this damn disease. I saw my daughter born, I saw my daughter die. I witnessed the two most important moments in the life of a human being. I loved her and will always love her.  I need to be reborn for this love.”

Among thousands of wishes, prayers and thanks, but above all together with the mystery of the secret chamber, the Achango chapel is built in the popular imaginary.   It is one of the most mysterious  and stands  on the hopes of the people who keep it alive.  As long as these stories remain alive, the chapel will remain alive and the secrets that circulate around it...