Home People Urban Legends The palo santo not only smells good, it has history

This is the best energy ally in the tuba community. We tell you the legend of the palo santo so that you have an ancestral trip. 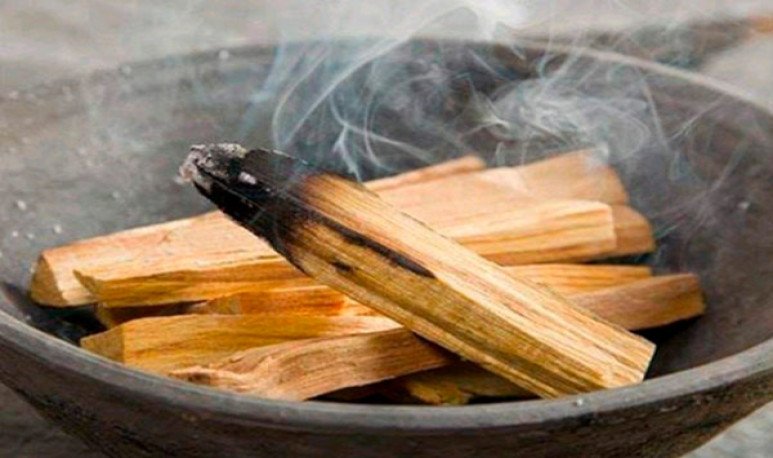 This story begins with  Cosakaít , who was the most virtuous of men. Attractive looking, the young man awakened the gaze of all the girls in the tribe. However, not everything was perfect and  he was deeply in love with a beautiful maiden , daughter of a chieftain in his  community . The problem was that  she didn't belong to him , even treated him with utmost contempt. So in the face of tremendous damage, the boy fell ill because he felt unable to endure the offense.

As the days passed, Cosakaít's friends and relatives perceived that the boy's life was progressively extinct. His forces were increasingly releasing his hand, so his brothers decided to consult Nareg, who in the community was the doctor, also known as a warlock by the white man. But the words of the curator were not initially interpreted by loved ones. There, he tried to explain to them that Yago, the good god, was transforming the boy. I mean, his life was being diluted without return and he could intuit his own death.

As a  last wish  before leaving, Cosakaít  asked to see the young woman  he was in love with. However,  she refused  to see him. Faced with this decision, the boy sent his mother to talk to the girl. He asked him to tell him that his wish wasn't to die but that Yago was taking away his energy. And even if this one refused to see him, he would always want to be by her side. He also claimed that he would be wherever she went and give him whatever he asked. Then he said goodbye, making sure he would come back for his love. He would do it by the hand of Milatai, the divinity who reigned in the darkness of night.

After those heartfelt  words , the boy died . Although his death was not in vain, since  where he was buried a  tree came out . Which had  flowers  of exquisite perfume that served to adorn the heads of many girls. In addition, from its flavored wood utensils were made, and with its fragrant smoke, on the summer evenings, evils were cured. From these roots the magical palo santo was born.

The Palo Santo (Bursera Graveolens) is a mystical and millennial tree . It grows on the coast of South America, in the forests of Ecuador, Peru, Bolivia, Paraguay, Argentina and Brazil.  And it's related to incense, myrrh and copal . Its height varies between 6 and 20 meters. It blooms in the months of April to May and bears fruit in the period from July to August. In addition, its composition makes it a species with unique resistance to the environment. In this sense, it houses 15 percent resin among its fibers that protects it from fungi and insect attack.

There is much talk about its existence on earth. But perhaps one of the most outstanding properties is  its traditional use in rituals and ceremonies . In fact, its use was very common because it  prompted good luck . It was said that whoever used it was open to receive its benefits, filling his present with magic and creativity. Even, today, one of the features that make it popular is due to its ability to protective talisman or amulet.