Home People Urban Legends The myth of the Black Cross

An old barbero takes care of the travelers who take route 40. But he's dead, and he does it from his bed, under the Black Cross. 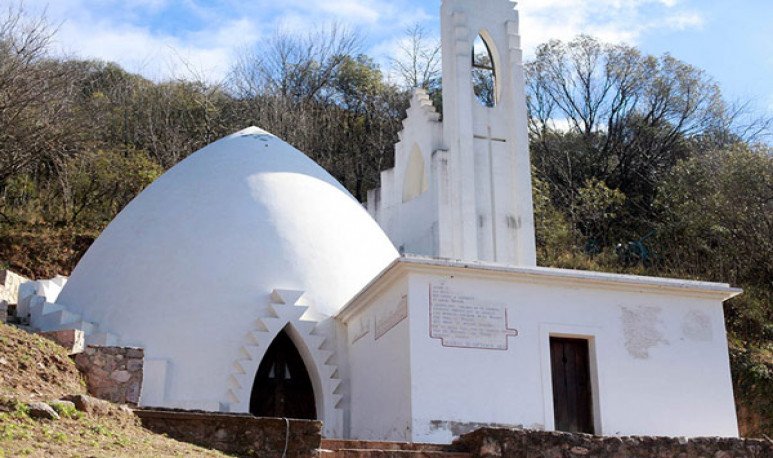 Travelers who moved in carts, in the first cars, or who travel today at huge speeds. Everyone has something in common:  passing through the Black Cross, they stop.   To worship and make some order. They trust that, under this object, very attentively, listens Raymundo Palleres, the skilful and loyal poster who suffered an ambush in the middle of the XIX silgo, losing his life in the place, but ensuring the safeguarding of his employer's money.

In this story we will mention some proper names that today give name to departments and districts of Mendoza.  The first is Eugenio Bustos. Today it is a district in the department of  San Carlos,  100 kilometers south of Mendoza.   But also keep in mind that the story focuses on the Valley of Uco Mendoza. More precisely, between Luján de Cuyo and Tunuyán, passing through the Zapata district. Anyway, pay attention because here in Mendoza, this story, is a holy word.

Eugenio Bustos  was a landowner from the mid-nineteenth century.   You enjoyed a good budget trip thanks to the sale of the products of your stay.  But, too, that success was due to Raymundo Palleres's loyal work.   It was the trusted man of Don Eugenio, able to give his life for his patron, as we will see in this legend.

Once,  Raymundo traveled from San Carlos to the  City of Mendoza. About 100 kilometers. As presumably, he did it on horseback and accompanied by some mules, as he had to bring some merchandise. Although, in fact, the reason for your trip was to collect and bring to your employer a large sum of money, corresponding to the previous shipment of products of your stay, made weeks earlier.

Palleres traveled for two days until he reached the City. He collected the money, loaded the mules, and started the return . When the Sun began to fall, the envoy took some revenues. He tied the mules to his horse so as not to lose any, and went a little slower to avoid any accidents. So it continued for a few kilometers.

But at one point, when he only listened to the footsteps of the accompanying animals, he felt the presence of other people or animals. They say the field warns. Many think Palleres must have been warned by a flock of teros.  The truth is, he knew something bad was happening. Quickly, he pulled the money out of his horse's saddlebag and, giving an acrobatics, put it into the one moving one of the mules. Knowing that these are very intelligent animals. He joked her from behind, pushing her so that, alone, she reached the room.

The other morning, Eugenio Bustos was surprised to see him arrive, first to the mule with the money, and then the rest of the animals. Even the horse that was moving Raymundo. He immediately enlisted his horse and headed towards the direction from where the animals had arrived. After about 30 kilometers, he found his favorite stall lying and bleeding. A few meters away was his facon and, far beyond, lay an evildoer. As he approached, Bustos understood everything.

It was a group of men who ambushed Palleres. Because of the prints on the road and the traces on the scene, it must have been four, at least. Raymundo could only finish one, the others killed him. However, Bustos recognized the intelligence and loyalty of his barerero, who sent the money with the mule and gave his life for his employer.

Eugenio Bustos decided to bury Raymundo on the side of the road, as that was the place he visited most, considering that he had made that trip all his life. On his bed, a huge Black Cross was adorning the scene, to this day.

From that moment on,  thousands of devotees pass by and leave posters, petitions, bottles of water and other kind of element, relying on the Black Cross, or Raymundo Palleres.