Home People Urban Legends The Mandinga and His Appearance in Lavalle

Do you know who Mandinga is? We tell you his story and the time that, according to the neighbors, he showed up in Lavalle to help a man. 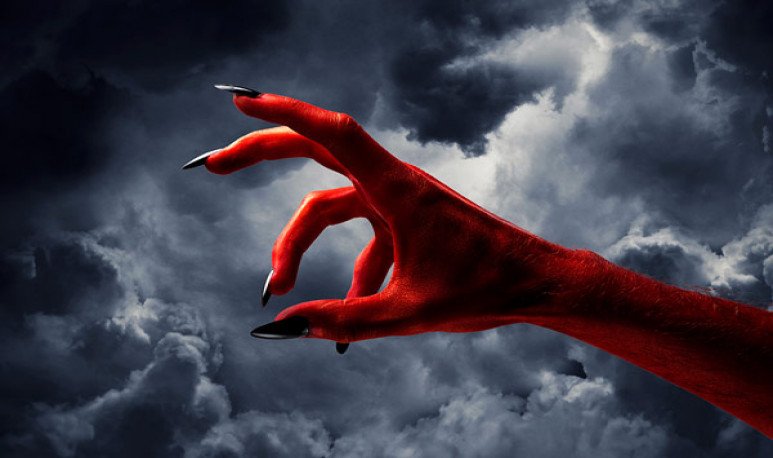 This legend surprises because, according to Lavalle's neighbors, the Mandinga appeared to help a poor and unfortunate man.  Considering that the Mandinga is nothing more, nor anything less, than the devil himself, the generous and friendly attitude surprises.  The life of the helped man ended well, but, as expected, there were deaths to regret.

A man asks for help

The department of  Lavalle is located 40 kilometers north of Mendoza City. It has a small bedside villa and, the rest, is the well-known   “Secano Lavallino”,  pure desert. One day the youngest of two brothers who lived near the square came there. The elder enjoyed a good economic pass and a conformed family. Instead,  the youngest, he was poor and he was single.  An old suspect recommended her to go deep in the desert, on a moonless night, to meet the Mandinga. He said this one would help him.

There was the man. It wasn't difficult to locate  Mandinga. This one identified himself, at a distance, with a torch. Being near him, the younger brother warned that he was wearing a green suit, had a long beard, skinny and tall . However, his imprint was positive and kind. Words more, words less, the Mandinga  offered the young man a deal.

A pact with the devil

For the  next seven years, the man would have all the money he wanted . Every time he put his hand in his pocket, he'd take out the  money  he wanted.  But in return, he had to dress in the green suit of the Mandinga , leave his beard long like him, not bathe, not change, not alter his appearance even a single day of the next 7 years.  The man accepted .

He bought farms, land, houses and vehicles. Suddenly he had friends and family. He even found a woman who fell in love with him, although it wasn't as easy as he thought.  It's just, one day, she came to a family's house where three sisters lived.  Their father went out to receive the man who, by that height, was already famous for his fortune. The father offered his three daughters.  The two elders didn't want to know anything about the man because he had a pordiosera appearance. However, the minor agreed.

That  's how the seven years passed. Then, one day, the man returned to the desert. The Mandinga was waiting there with the torch in his hand. The moonless night made a perfect setting for the meeting. Once again, the Mandinga was cheerful and empathetic. The man thanked him for the help, returned his clothes, cut his beard and left.

Already with a good appearance, the man married the youngest of the sisters and they were happy. However, the bride's sisters did not stand the envy that invaded them. His sister's lousy, lousy groom had become a  millionaire . The day after the wedding night, both appeared dead. One had drowned and the other hanged.

The Mandinga took what he wanted, two innocent souls.  This reinforces his   legend . The devil is alive, climbs into the Lavallino desert to find innocent to help him and serve as an accomplice to dirty and take away two neat souls.