In Santa Fe is the sanctuary of El embolsadito. The legend of a bag with a torn corpse, to whom prayers were prayed that were fulfilled. 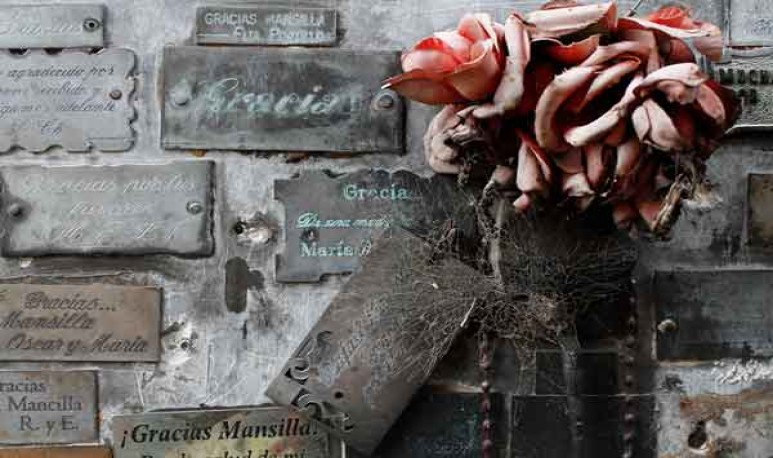 Colastiné  is one of the most beautiful areas of the capital of Santa Fe, due to its  river landscape , trees and  sandy  streets. But it has, too, an attraction that bears the mystic. This is the legend of El bagsadito. There is a tomb of  a murderer  whose identity is unknown. It dates from 1886, the time of the greatest commercial peak of the extinct Colastiné Port.

The tomb is within the premises  of the Dinosaurs Park , one of the  tourist attractions in the area , and is visited and revered by a few Santafesinos. It is said that, many years ago, a French sailor arrived in the country with his ship, precisely at the Port of Colastiné. This foreigner settled in the town of San José del Rincón.

After a while, the navigator  fell in love with a woman who turned out to be married . Others argue that he was a man who owned  animals  and sold them at a very good price, so he owned a lot of gold. But, as in every village, the stranger was pointed out by the community. A lot of people appreciated it, but there  was a lot of others looking at it .

No one knows if it was the husband of her lover or whether, in the atmosphere of the bar, drinks and men's gatherings,  an  assault was organized . Maybe this mystery is the one that gave life to this myth of death.

The sailor  appeared dead  soon after arrival. His murder was heinous, as his body was found  inside a burlap bag  and cut into pieces. The sack with the corpse was thrown in a scrub.

A legend is born

The starting point of  this myth  began with the story of  a girl  from Rincon who was traveling to the city of Santa Fe. They say he was doing it in  sulky  , and in the middle of the trip, the animal was released from the carriage and the girl, in despair and without thinking about it,  summoned the dead sailor . After he had appointed him, a man suddenly appeared in the middle of the pajonal on the road and stopped the horse. Mysteriously disappeared.

The young woman, in gratitude for  the gesture of saving her, had a chapel built to  give Christian burial to the French sailor, said she was buried inside the same bag where she had been thrown.

From that moment on,  many people began to ask him for favors  and to thank him for compliments. The community was approaching prints, personal elements and of great sentimental load. It generated what is called a  popular devotion  to this murdered character, which not only helps the good, but also punishes the bad.  It gave rise to the legend  of El bagsadito.

Our country is full of legends and myths that assure that someone, almost always deceased, returns to bestow favors. No one knows well what the starting point of each story is, whether it was a person's invention, whether it was a joke, an occurrence or fantastic story to hang out. The truth is that they are from where they are from, what really matters is their help and their power. No one is looking for evidence or calling the community of scientists to explain the apparitions and blessings bestowed by these good-hearted spirits, willing to assist anyone who chooses to invoke them. Apparently they earn more favors or gain the good predisposition of the popular saint when praying and carrying offerings of all kinds. The promises also seem to like them and there are no Baghadito, Gauchito Gil or Gilda who have not received them. One thing is certain in every legend and myth of devotions and prayers: faith moves mountains.