Home People Urban Legends The legend of Viborón and merchants

This story of demonic pacts and mutant animals is a classic among Neuquin legends. 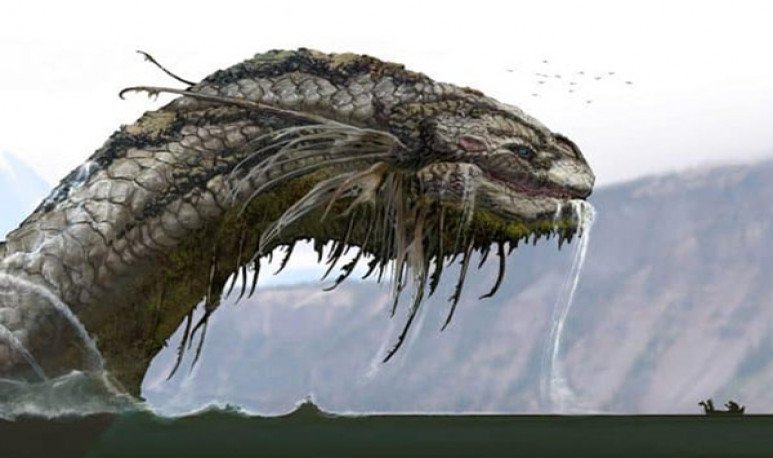 The famous " city of sorceries " awarded to the town of  Cinco Saltos  is easily relocated to the surrounding towns . A Five Saltos was the  Infinite  channel to check if the facts of bewitching and paranormal events were true. Despite the fact that the canal only toured this rionegrina city, it is known that  in neighboring cities there are also strange events .   Neuquén capital  has nothing to envy Cinco Saltos, as there are many  stories of sorceries and satanic pacts  circulating here.

One of the most typical examples of such stories, responds to  the legend of Viborón . This mythical animal would be mostly  reptile  but would also be composed of bird  feathers  and a  human baby's head.

Legend indicates that the emergence of the demonic viboron, is due to a  pact between the oldest and most successful traders  in the city and the  demon  himself. The viboron would be the  mascot  that these merchants would have  to feed every night, in exchange for the resounding success of their company.

According to the myth, viboron is born from an  egg that was laid by a rooster . An  amphibian  is the one that is incubated inside and then give way to a small   snake  that  instead of having only scales, presents feathers and shreds of mammal hair

Testimonies of crianceros near the Senillosa area, point out: “ We usually meet “those eggs ”  when we walk through the countryside. We realize right away because of the size and  shape almost of a ping pong ball  and because they appear abandoned in the middle of nowhere, then we make a fueguito and throw them inside to destroy them”

To become the owner of the  Viboron  you have  to agree with the forces of evil,  which will grant to the new owner of the abysmal pet, fortune and fame without limits and that will be enriched therefore overnight, provided that you comply with care and feed it. The  death or flight of the “Viborón” also imply immediate ruin  for its owners.

In some  police chronicles  (which remain hidden to avoid mockery and mockery) traces of this legend. In the 1990s a  huge snake was found crushed  by the passage of the vehicles on Route 22 and the act was preserved since it was not just an office. “ Yes it was at that time that a kind of boa viper appeared hit, very big on Route 22, rather at the height of the center and the police who constituted there were wondering if it would have been from a circus that had arrived in the city but hadn't come none or any farm where they had it but there was none near. The animal was very rare and  the leather was not like that of a snake , because it is known that they do not have feathers nor is the skin of such a bug ,” a retired police source told a local newspaper, and asked for reservation, since at the time the case was mockery.

This event was related to the aforementioned  “Viborón or Culebrón”  and simultaneously with the  commercial bankruptcy of a well-known business in the city.

It is no stranger to the knowledge of  journalists of the political show  (even many Internet pages refer it) that a certain  late Argentine president  linked precisely to  bad luck  , had made an infernal pact and that he was  possessed of a ; Viboron .” The  legend  was often endorsed by the inhabitants of the village of the province from which it came as a sign of a certain demonic covenant.

To this day,  the myth of viborón and merchants remains intact  in the city of Neuquén.