Home People Urban Legends The legend of the Zonda wind

Zonda is a strong and hot wind that, every while, blows and generates damage in Mendoza. There is a scientific explanation, but there is also another, a little more pagan. 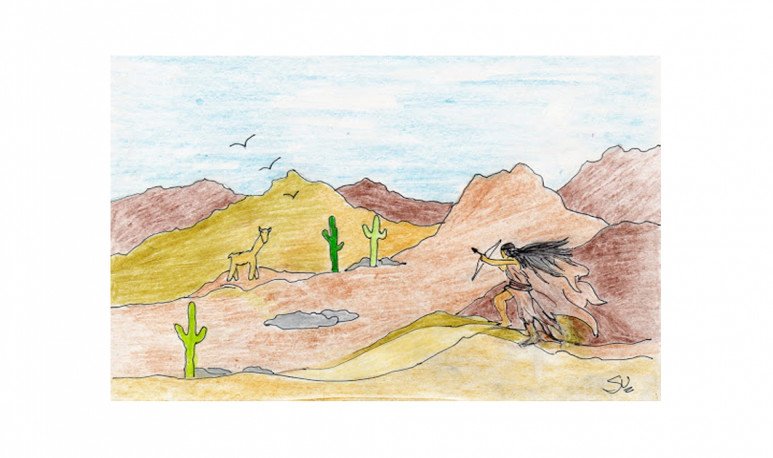 The Zonda wind is one of the traditions of Mendoza. Talking about Zonda is talking about Mendoza. It identifies us as much as the wine, the mountain, the scraped pancake and the nap. It's part of our life. Since childhood, we are aware of this phenomenon and we are explained why it is produced and why it is due.  However, there is also a pagan legend that gives life to this wind, but of which little is known. Here we tell you about it.

The legend takes place in the time of the Huarpes, which was the native people who inhabited our lands in the pre-Columbian stage, and until the modern world allowed them. The Huarpes with the protagonists of many legends, such as La Niña Encantada. In this case,  the protagonist was one of the strongest and most agile Huarpes that inhabited the Mendoza precordillera. His name was Gilanco, and he was famous for his skill to move, run, jump and hunt. Above all, in this last activity, Gilanco was an expert.   They say he never threw a false arrow or he hasn't reached his target. Arrow throwing, animal that killed. Birds, mammals, reptiles and fish. They were all the victim of Gilanco and his excellent aim.

So skillful he was, he not only hunted to eat, but he  also did it for fun. He spent whole hours on mountain peaks, throwing arrows at the condors. He also climbed trees and, with greater panoramic view, killed cougars and hares . Also, they say that he waited for sunsets for the fish to rise to the surface and, thus, see them clearly. He threw a crush and go through some innocent trout or pejerrey.

Punishment of the naughty young man

What for Gilanco was a mischief, for the goddess Yastay was a crime.  Yastay was the divinity responsible for protecting the wildlife of the place, and Gilanco was his ultimate villain. He repeatedly warned him to stop with the practice of killing for taste, but the indigenous did not listen to him. Finally, in a tone of threat, the goddess told Gilanco that Pachamama herself would punish him if he continued with his taste for the death of animals. But Gilanco ignored and continued.

And with the Pachamama it doesn't screw.  One afternoon, when the huarpe looked and calibrated his aim to hit the head of a cougar with an arrow, the sky began to close. Some clouds overturned the sun and everything turned gray and dark. For Gilanco was the beginning of a simple storm, it did not attach importance, and threw the arrow. This one stopped in the middle of his trajectory. Suspended in the air, the plush was frozen.   Gilanco couldn't understand it, his astonishment invaded him. But, quickly,  the arrow moved again. However, he did not do so because of the impulse he had given him with the bow, but he moved by a strong wind that made her fly. Gilanco had to cling strongly to the trunk of a nearby tree.   Dust and earth hit him on his face and on his body. He turned his face to the trunk and tried to take refuge. I've never witnessed such a hostile natural phenomenon. He began to cough from the inhaling powder, dry and rough. The arrow and the cougar had disappeared.

After a few hours, the wind stopped. The temperature was significantly lower. She felt a little cold. He turned, after he was stuck to the tree so long, and Yastay showed up. He told him that what had just happened was the strength of the Pachamama, angry with him for what he had done.

From that moment on, the Zonda wind blows every time someone commits a cruel and evil act with earth and nature.