A light that appears at night in the middle of the countryside or the mountain. Truckers who spotted her are afraid of her. They call it “the bad light.” 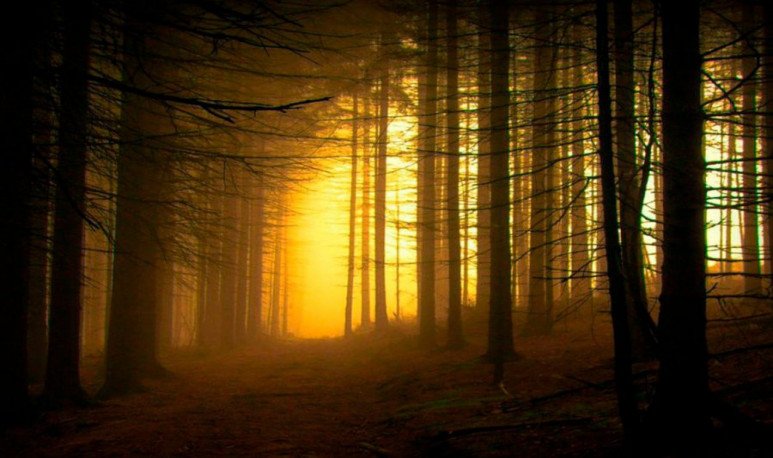 Like many universal legends, each region or province has its version of bad light. They all agree on some basic points.  A light that appears at night in open, country or mountain areas   .   Always away from those who watch her.

From the unitarians and feds.  The supremacy of the gauchos in our fields. Since then, the legend of bad light has been causing chills in Argentines . In fact, to fight it many say we have to bite the sheath of our knife. Making it clear that history comes from yesteryear, since, these days, no person in his right mind walks through life with a sheathed knife.

The light appears, suspended in the air, and is held for long minutes.   It distracts the attention of those who drive and observe it from the route. However, she always appears away from her observer, in such a way that it is impossible to decipher what it is.

Many are afraid of the mere fact of their appearance. It's just that seeing a light emerge out of nowhere, in the midst of the darkness of night, is not the most logical thing. Others are only amazed, but they are not afraid. As long as the light is away, helpless, there's nothing to worry about. Just stop looking at her and the problem is over.

The most superstitious or believers of the supernatural try to explain the phenomenon.   It is, supposedly, the soul of people who have lost their lives unjustly and have been buried in the middle of nowhere and not in a cemetery.   They come to the surface to claim justice for his undeserved death. And this search for justice may include the possibility that souls will attempt to attack those who observe them. To avoid this,  the inhabitants of the affected areas advise to start praying as soon as they are seen and “bite the knife sheath”, something unapplicable at this time. However, for those who, by some chance, carry white weapons at that time, the solution will be at your fingertips, because specialists assure that it is best to face in the bad light and nail it a dagger,  since firearms are not effective.

For the disillusionment and lament of fanatics of terror or urban legends, bad light has a scientific explanation. This is a chemical phenomenon of phosphorescence produced by the decomposition of organic materials on the ground or buried at a shallow depth. But, in addition, lights or flashes can also occur with the reflection that the moon generates on bones and fossil remains of animals, which are often very common in the countryside and mountains.

Many inhabitants of some villages lost in the middle of the mountain claim to have had experiences with bad light.  None admits the scientific explanation. They claim that they know about the tomb of people on whom light has appeared.

Truckers who cross the area coincide with the story of many inhabitants. In short, it will be a matter of being attentive the next time you climb the Mendoza routes and go into the mountains or in our countryside. And if you believe in these legends, why not carry some knife in the glove compartment of the car.

What is it like to live in the mountains and in quarantine?