It was one in life and another after. Unwanted as Alvear's neighbor, for his robberies and murders. But this bandit was revered after death. 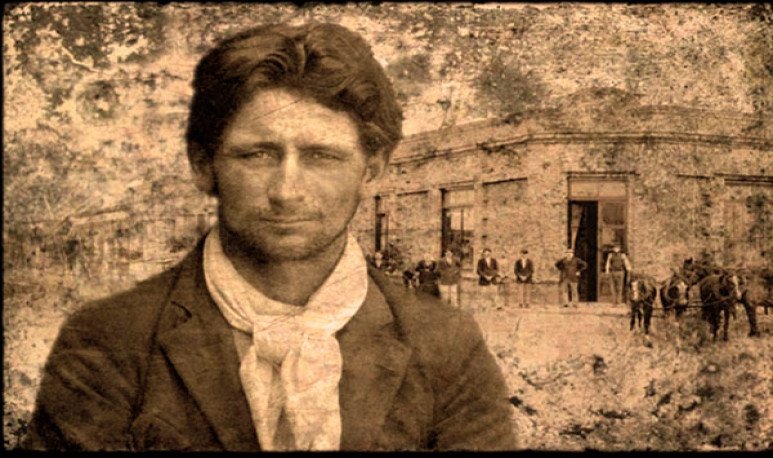 Juan Bautista Bairoletto was born on November 11, 1894 in the town of San José, province of   Santa Fe , son of Italian immigrants.  He died on September 14, 1941, shot by police bullets in an operation that sought to capture him in his ranch lair in General Alvear . Although some claim that, in fact, in the face of the onslaught of the police force, the bandit did not want to lose and decided to take his life, rather than to be captured.

Bairoletto did them all.  He was a judge and executioner . It was day and night. Light and darkness. As good for some as bad for others. Of course, as it is an old time, there are few documentary records that have remained of its existence.  Much of his work is based on accounts from authorities, officials and neighbors. This is how history is built, in short. If we have believed so many other things, why not believe in Bairoletto's life story.

Also known as  “El Pampeano”,  it integrates the list of mythical rural bandits. He had a bulky police record that made him first a criminal and then legend. Even today, in  General Alvear , south of Mendoza, there are those who think they see his soul wandering through the fields.

His baptism as a bandit had it in a bar in  La Pampa . There he confronted a policeman, because of a polleras issue.  Two bullets came out of his gun. One hit on the wall clock that, they say, got nailed to 1.30. The other hit the police's neck, and ended his life.

Afterwards, other crimes would take place until  35 caratulate robberies, plus theft, gunfire, injuries, attacks on authority and seven other homicides. By his wanderings he would mobilize the police of La Pampa, Mendoza, San Luis, Río Negro and Neuquén.

It became so famous that, at times, residents of different provinces claimed to have seen him, at the same time, desperate to witness the presence of the bandit.  He was not another thief: ultra-fast with weapons, unsurpassed whether it was Winchester or the trimmed Mauser. He was also an eximio horseman. It is said that he jumped on horseback the fences that the cops had to cut to pass.  He was very skilled at circumvailing police persecution, able to be himself, characterized, who pointed to the authority where the evildoer had escaped.

But above all, he was perhaps awarded the main quality that would lead to weaving the legend: that he robbed the rich to share among the poor. The  Robin Hood  of the Pampas. The most favored were the plasters of the fields. Therefore, they were his dumb, unconditional protectors and with a horse always reserved to assist him on the flight, as well as a plate of food, weed and tobacco.

Characteristics of an evildoer

1.68 tall, thin, sun-tanned white skin, green eyes, ralla beard, good dancer and guitarero. Bairoletto, Vairoleto, Varuleto, Viruleto, are some of the names that refer to the same person. Although he never appeared as Viroletti, he would actually be his father's surname on the birth certificate.  It was also El Pampeano, Luis Firulete, José Ortega or Francisco Bravo, as needed.

According to the popular version, in the early morning of September 14, a police commission surrounded the ranch and immobilized the pawn who was sleeping on an adjacent little foot. Bairoletto smelled the end when he was woke up by the barking of the dogs. He came out of the ranch at gunpoint and on the side, in the middle of the darkness, a shot would have been unlocked in the mouth. Witnesses were the widow, the police and Cerro Nevado. There was no autopsy and the mountain keeps the unobjectionable truth under the eternal snow cover.

When he died,  John the Baptist Bairoletto was as poor as he was popular . The widow didn't even have for the burial. They lent him the wake room that was not enough to receive the thousands of curious people who queued to meet his face.

The tomb, in General Alvear's cemetery, turned into a pagan altar. Always with flowers that are being renewed, there are offerings of all kinds: from adult and children's clothing, field tools, strands of braided hair to student note folders.

The bandit who never left

Pesteros and inhabitants of the pampean countryside, which integrates General Alvear's department, assure that the spirit of Bairoletto still inhabits these lands.  They claim to see him at night, hear him load his weapons and even knock his doors. But, far from being afraid, they feel protected because, in life, that was what the bandit did, protect the most needy.