A magical place, where an iconic character from the Córdoba mountains was born. In the vicinity of Cerro Uritorco, its home and its legend are still intact. 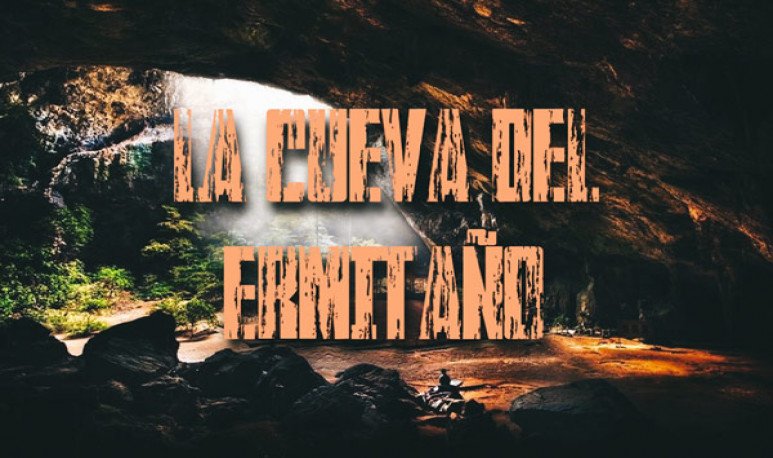 In view of a summer with tourism reactivated, we tell you everything about a place that retains its original magic and invites you to stay and live.  This is  an iconic spot  in the mountains that is located  in the heart of the sierras chicas, approximately 5 km from the foot of Cerro Uritorco.  There, behind the imposing hill,  in a huge funnel, this legend is born.

Where is the cave

At this point, land of lush vegetation, flowering peaches  that give warmth  and thousands of native species,  the story of an iconic character originates.   Amid striking vegetation, charming slopes and creepy caves, at the foot of Cerro Macho  grow stories that give rise  to thinking that in other times its inhabitants lived in the place as  in earthly paradise . This is the baptized  “Cuevas de los Vientos”.   Place where mother earth produces a stream of air that  with its strength does not let weeds grow at its entrance.   Plagued with vipers - not all poisonous - and birds; on summer days without breeze, the current of air that expels produces a bellow, which at night, in the silence of darkness , seems to give life to the mouth of the Uritorco.   It is the “bellow” of the hill, which sometimes scares and impresses. Further down, another cave is erected, with walls of a shiny steel gray and is known as  “La cueva de la Plata”.

But this legend, in reality, is born  passing these mysterious postas that fall in love,  on a route that merits to pass through rivers and mountains, even we find the place where this fabulous  story was born which endures through time , being transmitted from word to mouth: “The legend of the hermit of the Bad Orchards”.

The countrymen in the area say that their grandparents were talking about  a man who came down from Los Altos and sold dried fruits to the village's neighbors.   He was asking for his services old clothes  and some piece of bacon or fat . He was a  tall man, very blond, with thick and long beard and hair, blue eyes and good waiter.   He wore tight pants, long jacket and wore with guanaco leather he hunted on the spot. In the village they called him  “The Hermit of the Bad Gardens,” and they say he was a friend of vipers, birds and cougars. The fruits he commercialized, were harvested from plants that he himself had planted, with the magic of a craftsman.

He lived  in a house  made against the stone, at the foot of the Uritorco.   He made it himself with the tino of architect, and with the desire that awakened him to live in the middle of the mountain and the mountains.  That little house that inhabited, still keeps its walls.   The hermit fed on yuyos, fruits and meat of wild animals that he hunted with traps made by his hands, which carried  the marks of the hard work done every day.

By 1870, he stopped going down to the village.  The bad tongues say that he was killed by thieves who believed him rich in silver and gold, as they assumed he had found these riches in the area. The truth is,  his bones could never be found.

The oldest in town, say that “El Hermitaño de las Huertas  Malas” was a Spanish captain, who fought in the battle of Tucumán, and who was badly injured, lost contact with his fling towards Salta.   That's why he went south and arrived at the Bad Huertas, where he settled  until the day he was killed . These hypotheses are mainly supported by its  castizo accent,  which disentoned with the locals. As well as for his way of dressing and his  words of Spanish costumbrism.

However,  many years after his death ,  it was never known for sure where he came from and how he left . But he remembers him with the same mystery he recognized it during his lifetime.