An urban legend froth the skin of the Sanluiseños, is the ghostly figure of the headless priest. 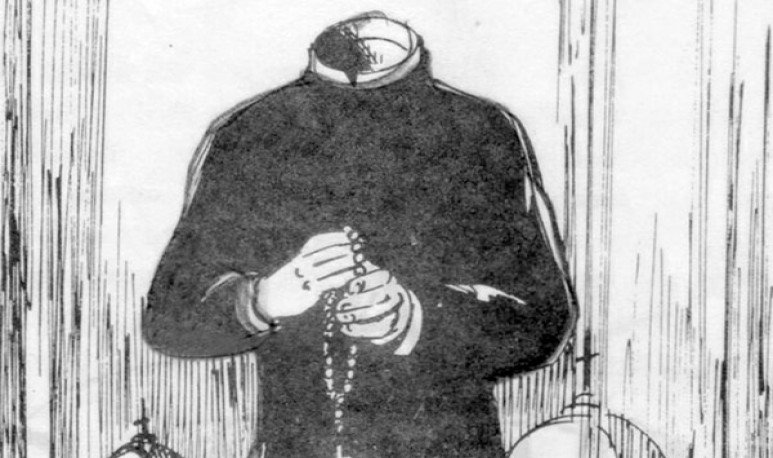 In the 1950s many urban legends are born in the storied fantasy tales narrated by those who attended the  bars . Several of these tales infused the terror of those who listened to them, to the extent that they believed as absolute truth what was narrated. Of what was told, “Cura without a head” was born, a ghostly figure that since those years has become a particular urban legend.

The appearance of this entity has its origin in a famous restaurant known as La Cueva, today known as La Cueva del Chancho. People from different classes and social strata gathered there. There, it began to be told that, along Avenida España and Maipú, as well as the area around the former terminal of San Luis, lived terrified by this particular  being . The spectacularity of the story was so great that mothers did not let the children go out at night and the young people evaded those places. Fear, talk and skepticism converge around the mystical entity, bringing it closer and closer to reality.

In those years, the Puntana capital did not have so much lighting, so the streets were dark with few exceptions. In the corners there were lanterns and sometimes there were those good neighbors who left the lights of the house on to illuminate the  sidewalks . In that night state, he didn't lend himself to extend business hours. The only thing that was open for those dark hours was the alcohol sales business. Of course, part of the night, it was the busy restaurant La Cueva, always full of people worried just about having fun, talking and their glasses of wine, vermouth or cinzano.

One dawn, a parishioner between drinks began to tell his chilling encounter. I said that, the night before, at the exit of the bar on Calle Maipú, he had hit a black horse. Above the steed was a man in dark clothing, carrying a  sword  in his right hand. The rider possessed a unique feature: he had no head. This, practically, ignited the mental bonfires of every possible imagination. It was a flare of chills that had given free rein after the story of the pastor “Agüero”.

Only the most daring ones left their homes late. Others were heading to the bar, ignoring the “reality” that awaited them outside. Everything was quiet until they felt a horse wining followed by a strong gallop. The men left their vessels, commissioned themselves to prayers by taking out any possible weapon.

Sightings happened after midnight, when the sky was covered with black clouds and strong  winds  accompanied the environment. The accounts of encounters with being had expanded to even family reunions where it was common to hear someone talk about the “Headless Cura”. They came to see him in neighborhoods near the Puntana capital such as La Rinconada or Rawson Viejo, he was always on horseback, fleeting and wielding in his hands a sword or a knife.

Among so many stories, there are some who try to decipher identity and take away mysticism from urban legend. One of these narrations indicates that the dreaded rider was an officer of Gada 141. When the protector was on duty, he rode his horse, owned by the army and, in this way, he went out to ride at night. Its victims were those who wandered around the area of the ex-bus terminal and, mainly, in the bars. As he had all the details of the “Headless Cura”, like the horse, his own weaponry and clothing, it wasn't difficult for him to play the bad pass on the unsuspecting.

A former member of the San Luis Penitentiary Service reported at La Cueva bar, that a man named Cabrera had been arrested, who was disguising himself as a peculiar rider. Among his belongings they found a “capote”, cape, delivered to the employees of the Correo Argentino, with which he frightened people.

Nowadays there are few who try to approach the area and confirm if this urban legend is real. The “Headless Healing” persists in the minds of the Sanluiseños as one who should not be found. Without a doubt, a true Argentine legend.