We tell you this chilling legend, about a woman who committed suicide over a hundred years ago and still appears on the road. 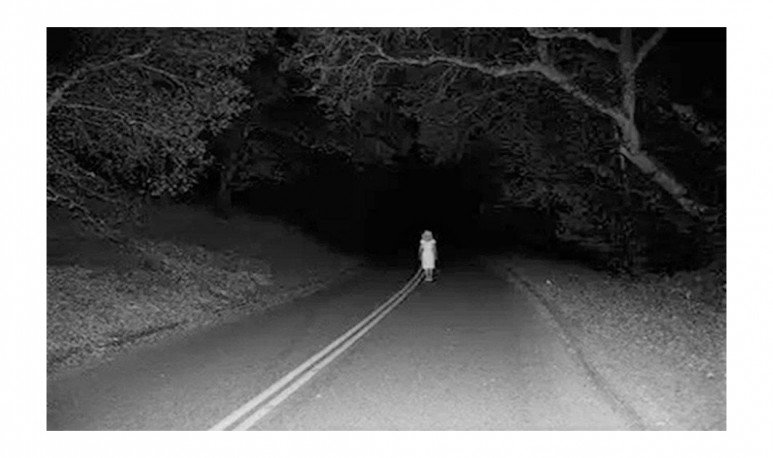 Some of the Pampean routes cross a  tanned map of earth and oblivion.   Many of these are just footprints, very little travelled and passing through  abandoned villages and uninhabited corners  . Where nothing seems to happen, the locals  tell, actually inexplicable and phantasmagorical phenomena happen.

At the beginning of the  twentieth century , generality in  matters of marriage was expediency and family taxation. For this very reason, many weddings were also banned and canceled.  Love was a secondary factor  and was only useful to marital union if first the parents of the parties agreed on the nuptial agreement.   In a pampas camp, more than a hundred years ago , a young woman suffered  censorship from her family, which forbade her to marry her lover. The decision  affected the woman in such a way that she plunged  into deep depression and opted for suicide. They found her  dressed as a bride and hanged, hung on a calden.   Until this year, dozens of Pampeans and travelers claim to have seen  their ghost next to Route 1,  between General Campos and Alpachiri, at the height of Bajo de la Tigra. 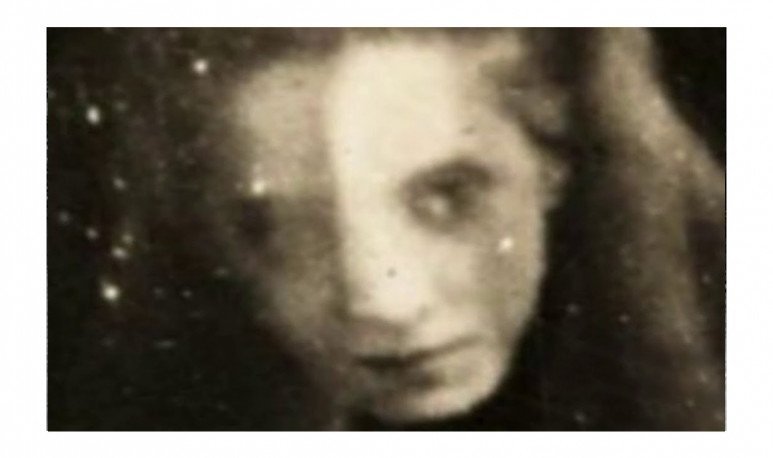 The last testimony that recounts an encounter with “ the bride of Bajo de la Tigra ” corresponds to a woman from Buenos Aires.  Fernando Quiroga , a Bahian journalist specializing in supernatural events, says he received the call from a distressed woman who told him about the encounter : “A woman called me from a private phone to tell me that a ghost with dark eyes and very big teeth he ran it on the route in Bajo de la Tigra,” says Quiroga.  The woman is Yamila López, a native of Boedo,  Buenos Aires, and at the time of the appearance she was visiting her father in La Pampa; the journalist says that he could never communicate with her again, but will never forget the shock of the story.

Yamila entered La Pampa through the neighbouring town of Guatraché and climbed on Route 1. He never imagined what would happen to him a few minutes later: “He tells me that he sees  a woman dressed in white doing a finger , but in a very unusual way, the movements of feet and arms, her body, were strange, intense, as if she was desperate.  Yamila, he said, was not one of the people who lift strangers on the route and passed by . However, in doing so, he saw that the woman's face was not normal, she had  watery eyes, very large and she had no lips , her teeth, very large, were exposed.” 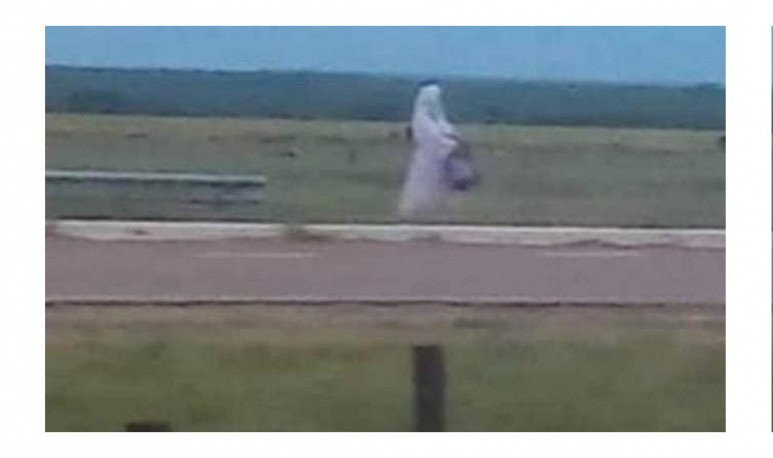 The supernatural event  occurred at noon , which is a peculiarity, as the last witnesses of “the bride of Bajo de la Tigra” claimed to see her at night. When Yamila passes by the bride's side, she looks at her enraged.   The Buenos Aires accelerated her car thoroughly to forget such a chilling image , but a mile from passing through Bajo la Tigra, she  saw her again. This time he stopped .

As Quiroga describes, the woman told her that the bride “was on her back,  she was a woman in a white, dirty, old dress .” Yamila asked him if he needed help. He got out of his car, asked him again. The spectrum turned looking at Yamila with hollow eyes, without lips and with the teeth of a fierce animal.  He began to run to Yamila, who desperate turned around and at full speed fled to the field . “She tells me that she forgot her car and ran cross-country, shouted for help, lost her breath and fell in front of a calden. When he joined, he noticed that, on one of the branches,  he hung the body of a woman , “says Quiroga. Yamila did not have time to process what she was seeing, she felt something or someone grazed her neck  “and saw the appearance of the route, the same one she saw on the tree  and a second later, it disappeared.” The woman ran into her car and did not stop until Alpachiri.

The bride of Bajo de la Tigra is one of the  chilling enigmas of our Argentine routes.