They say that, inside Santa Fe and other provinces, there is a frightening man-bear. 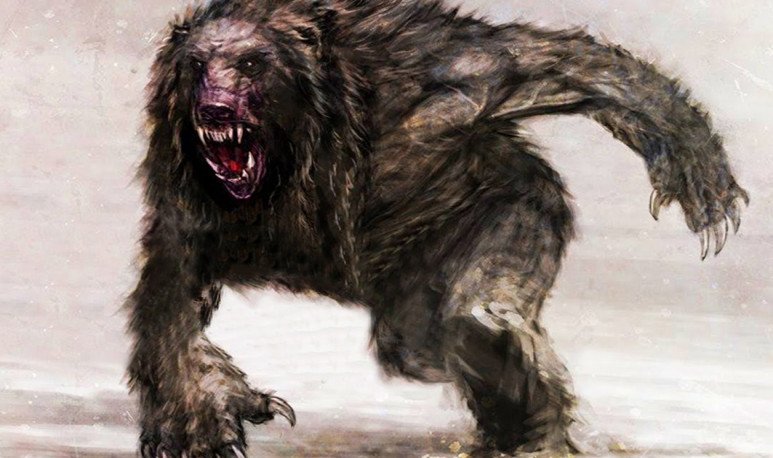 Throughout the Argentine coast we talk about Ucumar. No one can accurately narrate the apparitions. They only give details of the frightening that this being causes. For those who describe it, the Ucumar is a man-bear, or simply a bear of great proportions with some human traits.   They say he makes a groan so loud and sharp that it will ice the blood. At other times, it imitates the human voice.   When hunters hear a voice calling them from the depths of the mountains, they avoid heading there. Ucumar is calling them to put them in the thicket and lose them.

I heard someone, sometime, have been worried, heard a call. He came from deep in the woods. A voice that was familiar, but couldn't figure out who it belonged to. That he called him and, before his concurrence, the voice was heard further and farther, entering the mountain. That, they say, is the call of the bear-man.

In some places Ucumar is associated with sex . They say he is dedicated to abducting young virgins, to mate and procreate. Then mothers of riding girls recommend them not to listen to the call, and also not to get into their own mountain. In this regard, other stories from the interior tell that a young woman usually calls the mancebos, put them into the mountain, mate to procreate, and then lose them.

Ucumar means “the old man in the woods.” He dwells deep in the caves located in distant valleys.  Despite its huge size, easily climb the mountainous slopes or climb trees in search of fruits, eggs or bird pigeons to feed. In those mountainous areas they say that Ucumar bathes in the streams. When the ceremony ends, he leaves the traces of his footsteps, which, when warned, causes fear in lonely walkers.

Some countrymen have this bear-man as a protective deity of the mountains. Deity who  likes to scare lonely walkers.   He waits in some bend, from where he suddenly appears to them making horrible snoooping. As he would also have the ability to transform into any living being, sometimes, become man, he imitates the voice of an acquaintance of his victim, calling him to secluded places, until the trusting walker is lost in the  ravines .

you usually hear many amazing stories about our beautiful Argentinian interior. Stories of hunters who were shooting away infallible distances, or of persecutions of strange animals, or fishermen who had dealt with giant fish. It seems that,  in different parts of the country, everyone is afraid of an encounter with one of these beings.

It is noteworthy that in societies of all time, older people have appealed to fabulation so that, in a simple way, such as the oral story, certain values or teachings are transmitted. This resource of early Europeans and today in social sectors with less intellectual development is also verified in our America, especially in rural groups or small cities. Thus, La Lapel is a pretext  to prevent boys from staying up during nap or twilight.

In the same vein, modernism speaks of taking care of the ecological balance, and preserving endangered species. But, like our parents, Aborigines already took care of the detail of avoiding indiscriminate hunting, frightening hunters, using taboo or  generating elves that are still valid.   Surely that is the origin of the fabulations like that of this fearsome man-bear.