Home People Urban Legends The enchanted girl of the lagoon

It's an anagram of the name of the lagoon. It is that the Laguna de la Niña Encantada hides a story as fabulous as it is credible. Do you believe it? 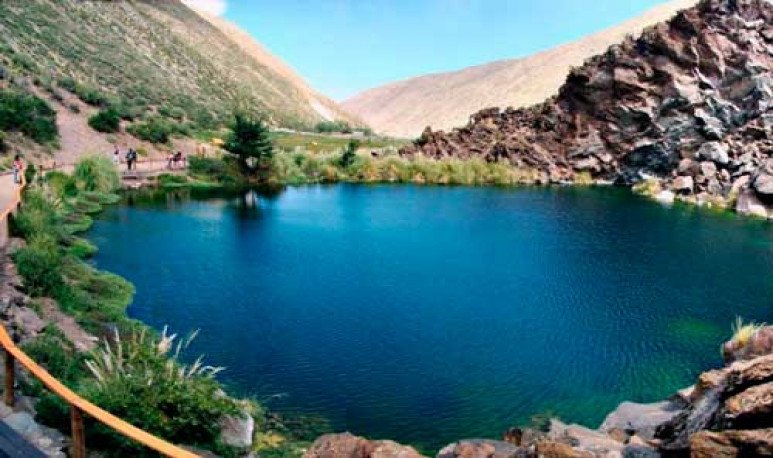 Mendoza mountain is a vast land that hides animals, vegetation, abandoned structures, water mirrors and legends.  One of the cases is the Laguna de la Niña Encantada. If you want to know more about this lagoon from the tourist point of view, enter  here . Because in this article we will take care of the story that gives the name to this small but beautiful lagoon.

This beautiful  Malargüe  lagoon has always been an inexhaustible source of inspiration for the popular imagination of the area, which nourishes the place with mystery.  Black basaltic rocks, typical of volcanic processes, generate a magical frame to their bed, populated by a huge variety of fish.

Advancing along the old dirt route,  7 kilometers northwest of the hot springs of Los Molles , we find the Laguna de la Niña Encantada. Surrounded by remains of volcanic lava, this place of unique beauty, has given rise to a series of rites and legends of various kinds.

The accumulation of volcanic lava that surrounds the lagoon comes from craters to the north.  These erupted in recent geological times spilling the incandescent material over the course of a stream that fed the lagoon.  Apparently, it is the same one that continues to run under the stone mace and brings the crystalline liquid to the water mirror, which overflows from its east side, over the Salado River.

On site there is a microclimate that has allowed the development of abundant  vegetation .  Thus, in certain times, we can enjoy an interesting range of flowers. Birds have found refuge for their nests in the hollows of the rocky walls  and flutter over the bluish waters.

Everything very nice and almost perfect. However, there is a legend that turns this microclimate into a much more gloomy place. Actually, it's a couple of stories, which we review below.

The first account is that, long ago, these plains next to the mountain range were inhabited by peaceful peoples.But there were also some  Pehuenches, an extremely enduring people who always sought to impose their conditions. After several parliaments, it was agreed to join Elcha, the beautiful daughter of the Pacific chieftain, with the son of the head of the Pehuenches . Everything seemed to be on track, but the princess of the tribe was in love with a young man from her tribe and with him decided to escape.  They fled and, as they approached the lagoon at the top and seeing that they were chasing them to make them pay for the affront with their lives and that they could not escape, they were confused in a hug and threw themselves into the icy waters . Just the pursuers arrived with the witch of the tribe in front and, at that very moment, there was lightning that hit the witch and turned it into rock, an image that endures to this day on top of the mountain. It is said that, since then, on moonlit nights, the image of Elcha is reflected in the limpid waters, which goes out to meet her beloved, making love prevail above all the capricious impositions of societies and that is why the locals baptized the lagoon.

There is  another version of the legend that says there were tribes whose chiefs were enemies. The daughter of one of the chiefs fell in love with an Indian from the other tribe and both were separated. Seeing her frustrated love, India cried heartfelt in the lagoon until it turned into   stone .

Another story is also told about mermaids of whom God punished one by turning it into stone, on the shore of the lagoon. And another about a Chilean player who sold his soul to the devil, but when the pact was to be fulfilled (at night, on the edge of the lagoon) deceived the Devil and stayed with everything.