It is not clear whether it was a joke that happened to elders or a real attempt, but in the twentieth century the Republic of El Bolsón existed. 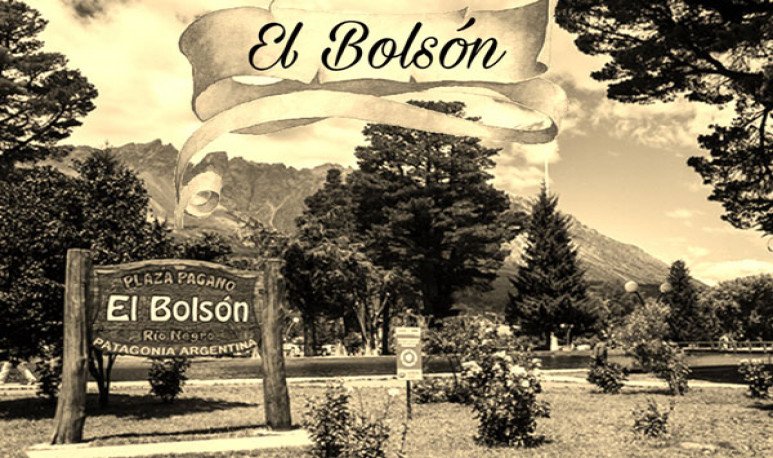 Before  El Bolsón  is considered as the refuge of the  hippism    in our country, a group among the celebrations with  craft beer  produced by the pioneer Otto Tipp, created an independence movement that declared the creation of the Republic of El Bolsón.

Yes, although it may seem a crazy idea, in the early years of the twentieth century the president and ministers were appointed, although the patriate lasted until the national government sent the  Army  to neutralize it.

What was talked at that meeting was only known to those who attended, but it is said that the idea arose in the face of the tiredness of vandalism and the occupation of land by European immigrants to whom from Chile they awarded land without respecting their previous occupants, so the problems generated led them to cross the mountain range, where there were still slipping off that fuzzy border and disputes between Chileans and Argentines over the territory.

In 1902, the plebiscite had been held in  Trevelin ,  Chubut , in which the members of the the Welsh colony  unanimously decided to belong to Argentina and the delimitation of both nations was fixed.

However, the inhabitants of that locality in the region of  parallel 42  did not have a fully defined identity and the constant acts of vandalism they suffered made them feel homeless, so they began to collect forces the idea of becoming independent.

The story tells that the convention center was La Chilenita, the place Otto Tipp had created after he began to arrive from Chile and began to plant hops and produce his own beer. When he produced the drink, the memoriosos say, the German hoisted a white flag on a mast that could be seen from afar. There the parishioners knew they could get close to hang out... and maybe longer, because the myth claims that the holidays at Tipp's could last up to three days.

That is why some attribute the independence initiative more to a question of consequence of the great celebrations offered by the German and the unique parishioners who drank as if there were no tomorrow.

Historian Juan Domingo Matamala wrote that there were not many who met in La Chilenita nor had great aspirations. Only b used, in view of the null connection with the central government, a figure to obey and rules of coexistence to live in peace . “It is not difficult to imagine that they would have wanted to delimit their possessions in an unlimited and lavish land and have the certainty of their belonging and know the authority to whom to claim if problems arose throughout the obligatory coexistence,” says the author.

The authority ended up being nothing less than the host.  Otto Tip was declared president of the Republic of  El Bolsón  and he subsequently appointed the cabinet to govern the “Bolsonan citizens.”  The story tells that the Minister of Finance was Pascual Sabalsa, a Basque immigrant who was engaged in sheep farming in the Ñorquinco area.

However,  the independence dream lasted shortly . The connection with the central government practically did not exist, but the news did run quickly, and the Border Police was entrusted with the task of neutralizing the “revolution”, which was commanded by Matthew Ghebart, a fearsome Prussian army chief with a reputation for cold blood.

According to them, the soldier exceeded his duties and did not distinguish children, women and the elderly to make his authority felt, tying them to the fence or torturing them so that they tell him where they were those who claimed to have founded a new republic.

The homeland is over. It is still not known for sure whether it was a serious attempt or a joke that crossed the borders of the social environment of La Chilenita and ended up in a military intervention.

It's a picturesque anecdote, but the mysterious end of Otto Tipp's life gives him a dramatic side, since it is not known what became of him. After a trip to Chile, no one saw it again and the hypotheses are varied. Some say he got sick and died on the other side of the mountain range, although there are also those who do not rule out that they have tried to “disappear” him or because of the independence dream, or to seize their fertile lands.

The Bag of the Good Vibra (Part 2)