A tree that was born to be a source of life, but that ended up being the scene of the most cruel deaths. Finally, he did justice by his own hand. 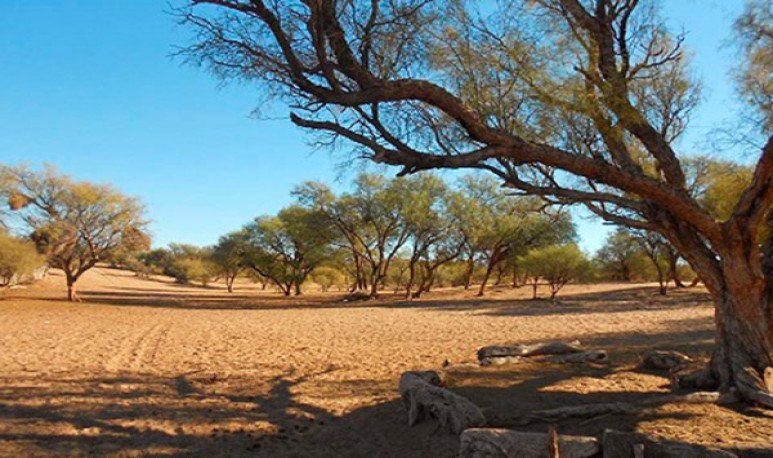 The district of Lagunas del Rosario is a tourist site exploited by its natural landscape, but also by the churches and temples that have been located, for decades.  It is located 70 kilometers from the City of Mendoza.   However, churches and sand dunes are not the only attractions.  An old carob tree does justice to the rest of the tourist elements,  because he hides a legend that places him as the main protagonist.

This carob tree was revered and highlighted by the original peoples.  This area of Mendoza was inhabited by the  Huarpes, who worshipped the land and the whole flora. But especially the trees. It is said that  this carob tree was assigned the wonderful mission of being the tree of life , for its many uses. He gave shade in the middle of the desert. But it also offered carob as a fruit, it was the scene of true symphonic concerts of birds that perched on their branches, among other benefits.

He was born like all the carob trees in the desert and,  while developing, dreamed of hopeful springs of flowers, summers full of fruits, branches with symphonic birds and short autumns . With children playing under their shade, the elderly harvesting fruits to make sweets or give them to the little ones to play.

However, one day his fate was twisted.  His life made a 180-degree turn and, from being the tree of life, it became literally the tree to death.   The joyful cries of children were no longer heard playing, but the heartbreaking and desperate cries of the people who died, hung on their branches. Currently, the carob tree is dry and old, and is located in one of the corners of the Lagunas del Rosario cemetery.

At the end of the nineteenth century , those punished and convicted for having committed serious crimes were executed in its branches . The system was so practical, it scratched the perversity. The defendant was sentenced and placed at the foot of the carob tree until the execution, which was by now.

After hanging  him, he was left for a few days hanging from the branches, as a warning to other evildoers.   The Dantesque painting was completed by some  scavenger birds  , which settled on the branches to peck it a little. After a while, they dishanged him and buried him something further.

As they comment, the name of Algarrobo de la justicia y los plicios, was imposed by the locals. They argued that the heartbreaking cries, complaining and supplications of those condemned to death could be heard in the solitude of the medanes. Faced with such ominous fate, almost as if it were a thinking being, the tree dried up, like a person who commits suicide at the pressure  of destiny that has been chosen for him.