Home People Urban Legends The Buzz and its manifestation in Mendoza

This is the “most mysterious sound of all time”. The Buzz has also been felt in Mendoza. 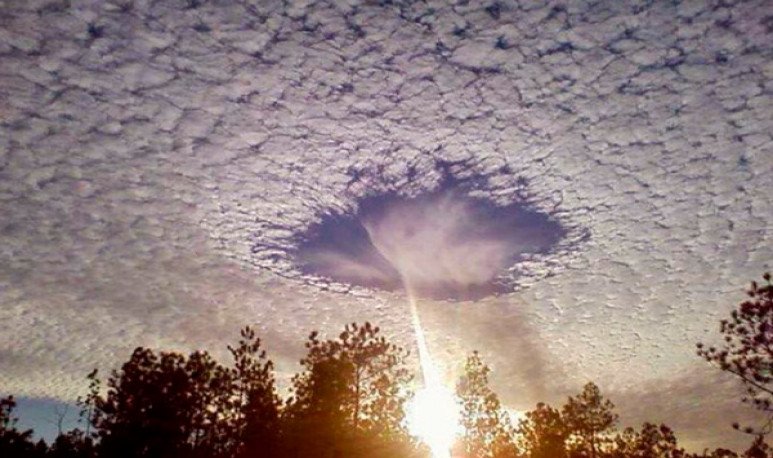 “It's like a very strong and intense wind blowing”, “it looks like a trumpet that sounds, serious”, “it reminds me of when the train passed, years ago”. These are just some of the testimonies of the neighbors of  Tunuyan  who,  every February 25, feel a low-frequency vibration that not everyone can perceive. It's about the “buzz.” It is a phenomenon known and studied internationally.  Many relate it to the appearance of unidentified flying objects. Here is the anecdote of four teenagers who heard the Buzz and will never forget it.

The holidays were almost in the final stretch, in mid-February 2010. Without realizing it, the studio lodges had flown by for four friends who decided to go  camping in the   Manzano for  a few days  , as if to close the holiday.

So  Romina, Rocío, Maxi and Lucio , the four friends, made the trip from the capital of Mendoza to Tunuyan, ready to spend pleasant days in the place, not knowing that they would take away the scare of their lives.

They set up the tent, ordered the bags and decided to go for a walk before returning to prepare the roast for dinner.  They reached the Cross and took the paved street, came to the house of a stayer who was milking a goat almost in the middle of the street. The four friends came up out of curiosity, and the man nicely gave them talk. Although, more than talk, he told them the story.

“What I'm going to tell you is about something that happens every year here, near the Cross. Many of those who have come, and so have I. Still no one knows precisely what it is.”

The truth is that it is a strange silent and very soft buzz. It is felt for a whole night, a specific day of the year, on February 25. It's hard to explain what the sound is like, because I've never heard anything like it.  The rare thing is that it starts slowly and gradually increases, turns off again and appears again. Many people say that their hands vibrate when they feel it and that they seem to come from everywhere, meaning that they don't know where they come from specifically.

The man gave them more details about where and when this phenomenon occurred and the group of friends decided to attend because, coincidentally, they had decided to go to Tunuyan a day before it occurred. Thus,  in the early hours of February 25 they settled behind the Cross, as Jachal, the stayer, had told them. They set the fire and a couple of cigarettes, took out the thermos and set out to wait for some mattes. The clock marked both. They had heard absolutely nothing, except for the screams of some camping parties. They had already resigned themselves, and the dream was hitting them little by little. Suddenly, without warning, Rocío began to hear a blow , as when wind runs, the problem was that there was no wind. “Guys, listen?“She said to them, grabbing her friend's arm. The others were stiff with their eyes open and white as an egg waiting to hear. “Yes, yes!! I hear it, it's like a blow!,” Maxi said quietly. Romina and Lucio remained silent, yet they could not hear anything. But the sound progressed, it was no longer a soft blow, rather it was like a metal  trumpet  that lasted a while and was minimized at times. The face of the four was panicked, they were frozen, it was clear that everyone heard the same thing.

One of the young people proposed the idea of going to Jachal's house, to see what state their animals were in, since they are usually the ones who perceive the sound to a greater extent.  On the way to the post, they began to see a light and a strong white glow between the mountains . Fear invaded them. They came to the house and the door was open. They entered and crossed to the bottom, went out into the yard. There was Jachal, trying to control the goats and the chickens. The buzz didn't stop. The man thanked the help, thanks to which they were able to lock the  animals  in the pens.

They broke into the house. Jachal recommended sitting around for the sound to end. Something that happened a few minutes later.  However, the worst was yet to come. As soon as the buzz went out, they began to hear steps on the roof of the house. Then someone had opened the windows in the entrance hall and had obviously invaded the house. Jachal and the young men went to the back room. Someone was stirring everything. Drawers, cupboards, fridge, tables and chairs.  They waited in silence, nervous and afraid. After a few minutes, whatever had entered had already left the house. It was already dawn.

The house was revolted and messy. Some animals had died. Jachal confessed that never, in so many years, had the buzz been so macabre.  The light on the mountain had never seen it. And they had not entered his house either. This happened in 2010. On February 25, the phenomenon did not manifest itself so intensely, although the neighbors know that in any year , it can do so again.