The Guaraní people tell us a story about the arrival of fireflies into the world to illuminate the way. 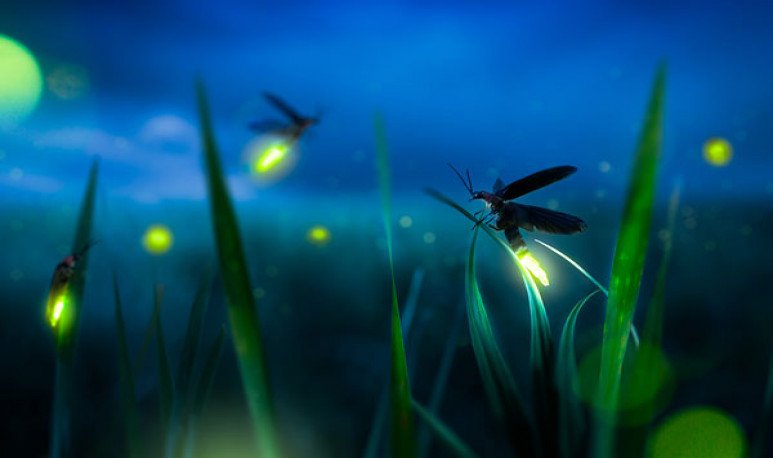 Sparkling in the dark we see them circular.  The aroma of the lawn, the starry sky and a bioluminescence that enchants . To find them we simply have to get away from the tumult of the city and head somewhere immersed in nature.  This is the legend of the isondus, which speaks about the creation of fireflies or bugs of light . Small and particular insects that hypnotize children and still conquer the big ones.

And we'll be glowing in the dark

From the same family as beetles, fireflies  attract the attention of any human being for the beauty that surrounds them . From their bodies there is a phenomenon that, as much as it may have scientific explanation, it will always be  magical . When we have them fluttering around us it is impossible not to turn in the place so as not to take their eyes away. In fact, their  ability to generate light  has caused them to be related to  mythology  . There are many countries that have stories that talk about them.  They do it as a symbol of a future disaster or good fortune . And the  Guaraní tradition  presents it to us with a profound narrative that, as we are accustomed, does not disappoint.

From the heat and the company

The legend of fireflies begins with  Tupá, the supreme god of Guarani . They say he was in charge of creating men and that he wanted them to have what it takes to survive. That's why  he gave them the fire  to warm up during the frosty nights. From there, the men began to live in harmony and met cordially in the light of the campfires. Meanwhile, they talked and shared experiences, stories and laughter. Until one day  Añá, the spirit of evil , was walking through those lands and met them as they were joyfully celebrating. At that time, his dark heart was filled with envy as he hoped to see the subjects suffering from the cold.

Instead, he found them laughing and chatting in peace, for no reason to argue or fight. So, with a lot of fury,  he decided to put out the fire  that brought the men together. He did it  by turning into wind  and lashing at the campfires, extinguishing them one by one. The sparks jumped and flew from here to there, and Añá chased them trying to keep no trace of heat. The men were petrified because of fear and the surprise of the night wind. Everything seemed to favor the cruel intentions of evil, but Tupá was seeing what was happening.

God decided to deceive the evil spirit and turned the sparks he pursued into small insects . He called them  isondus  and gave them the p  oder to turn on and off fleetly  . Añá was not aware of the change and continued to blow behind the bugs. However, they went away with their flashing lights and spread across the mountains. At the same time, Tupá returned to the place where the Guarani were gathered. There, he taught them to revive the fire from the embers that were still burning.  This is how fireflies or bugs of light were born . Which still walk from here to there showing their splendor at intervals.  And I wish they continue to do it for eternity .